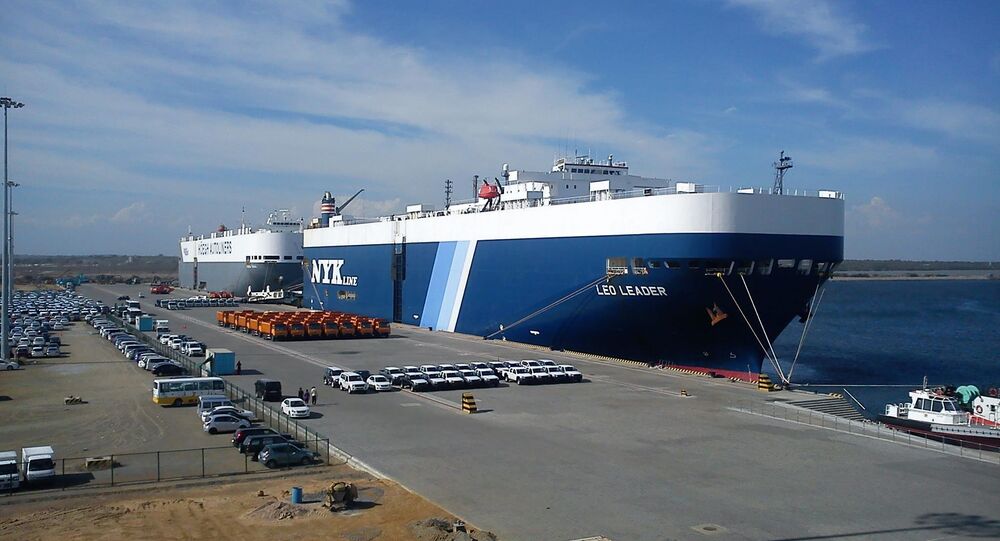 Leaders of the two US military branches have warned that China is “weaponizing capital” - buying strategically valuable land from other countries to give themselves a military edge to “win without fighting.”

During a House of Representatives Appropriations Defense Subcommittee hearing on Thursday, US Secretary of the Navy Richard V. Spencer told lawmakers that the issue of Chinese land purchases "keeps me up at night."

"When it comes to China, the bottom line there is the checkbook," he said. "Not only in the dollars and cents that they are writing to support their military expansion and their technological work, but what they're doing around the globe… weaponizing capital."

In the summer of 2017, China forgave the heavy debt Sri Lanka owed them in exchange for Colombo giving a Beijing-owned consortium a 99-year lease on the economically advantageous port in Hambantota.

It is one of the most ambitious projects in the $1.4 trillion "Belt and Road Initiative," an enormous infrastructure network that is meant to increase trade — and Chinese influence — throughout Eurasia.

Hambantota will also be part of the "String of Pearls," a network of ports in the Indian Ocean where Chinese warships can refuel. However, Colombo promised India that they would not allow China to militarize the base and it would solely be used for commercial purposes. Other countries involved in the String of Pearls are Bangladesh and Pakistan.

"Going into Sri Lanka, redoing the port, putting an interest rate — not as aid, but as a total secured loan with a pretty hefty coupon — [the] debtor fails on that and the asset owner comes and reclaims it and says, 'These are now ours,'" Spencer told the committee. "They're doing that around the globe."

China has also begun a push into Europe, with Beijing-owned enterprises controlling about one-tenth of European port capacity, according to Foreign Policy.

"Their concern with human rights is not there, they've got big bags of cash. They're buying airfields and ports to extend their reach… they want to win without fighting," he said.

Beijing has also been ramping up military spending since the mid-2000s, making the country a distant second to the US in terms of military spending worldwide. In March 2017, they announced that defense spending would be increased 7 percent in 2017, an increase of $11.1 billion.

Both men also addressed Russia during their testimony. Spencer said that Moscow's submarine capabilities were formidable. "One of the things that keeps me up is their underwater capabilities, they never let up on that," he said.

Spencer added that he didn't know for how much longer Russia could keep up its military buildup. While Russian military spending did steadily rise from 1998 to 2017, the 2018 budget is lower in an attempt to spend less money more efficiently.

He also referred to the Russian military presence in Syria as a "live-fire evaluation" of their military capabilities. "We pay attention to it, it's something we watch," he said.