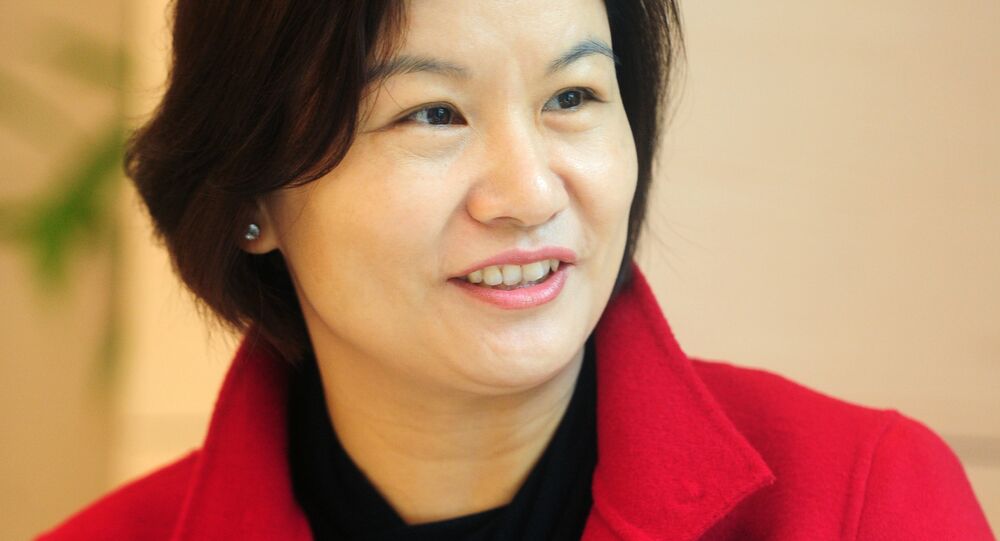 For the eighth year, China has dominated a list of self-made women billionaires, with Chinese women holding the top four places of the rich list compiled by the publishers Hurun.

According to the Hurun Report, there are 2,694 billionaires in the world, that is 437 more than the last year.

"A boom in China, a weak dollar and a 26% hike in Nasdaq have led to a surge in dollar billionaires across the world," Rupert Hoogewerf, Hurun Report Chairman, and Chief Researcher.

Four of the top 10 richest self-made women in the world are from China and 28 of the 50 women listed.

Zhou Qunfei, the founder of a major smartphone screen maker, Lens Technology, is the world's richest self-made woman, with $9.8 billion in contracts with Apple and Samsung. According to the Forbes list of the World's Billionaires, she is in 198th place with $7.8 billion. She reportedly lost her mother as a child and quit school at the age of 16 to work.

© AP Photo / John Locher
Billionaire Sheldon Adelson Aiding Zionist Group’s Push to Oust McMaster
In second place is real-estate magnate Wu Yajun from the western city of Chongqing, who is worth $9.3 billion after her wealth jumped 83% in the last 12 months, informs Hurun Report. She occpies 202nd place on the Forbes list.

Yajun beat out another female developer, Chen Lihua who topped the self-made female rich list in 2017, shifted to third place after her fortune grew only slightly from $7.2 billion to $8.1 billion last year. Beijing-born Lihua governs the investment company FuWah and is married to popular Chinese TV star Chi Zhongrui.

READ MORE: Want to Live Forever? Well, You Could If You're a Billionaire

Women occupied 15% of the 2018 Global Rich List, the same proportion as last year with a total of 32 more female self-made billionaires with 184, up from 152, according to the Hurun researchers.