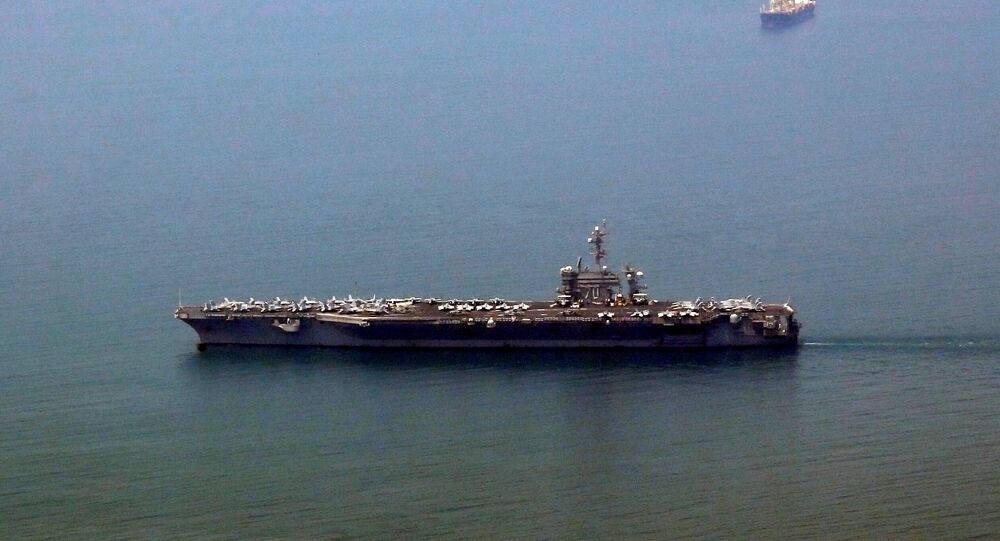 BEIJING (Sputnik) - China hopes that cooperation between the United States and Vietnam will enhance peace and stability in the region, Chinese Foreign Ministry's spokesman Geng Shuang said Tuesday, commenting on a US aircraft carrier's historic arrival in Vietnam.

"The Chinese side has no objections to normal bilateral relations between other countries. At the same time, we hope that this cooperation [between the United States and Vietnam] will promote peace, stability and prosperity in the region," Geng told a briefing.

On Monday, USS Carl Vinson docked in Da Nang in the first visit of a US aircraft carrier to Vietnam in more than 40 years. During this visit, sailors will participate in cultural and professional exchanges through community service, sports competitions and concerts, the US Navy said in a press release.

© AP Photo / U.S. Navy
Media Make Hay With USS Carl Vinson’s Routine Pass Through South China Sea
The Asia-Pacific region has several territorial disputes in the South China and East China seas, involving China, Vietnam, Japan, the Philippines, Malaysia, Brunei and Taiwan. China considers the Spratly archipelago as its territory, despite the Hague-based Permanent Court of Arbitration ruling which said there was no legal basis for China's maritime claims. The arbitration proceeding was initiated by the Philippines in January 2013.

The US-Vietnamese military ties have intensified since 2016 when President Barack Obama lifted an embargo on lethal arms sales to Vietnam and continued under President Donald Trump.