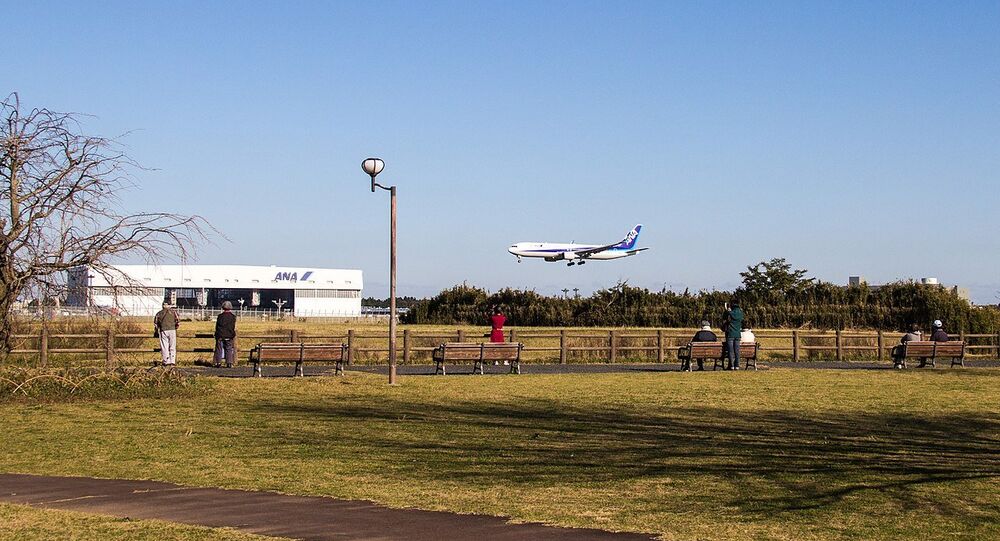 Residents of the city of Narita living in the vicinity of Japan’s biggest international airport made a startling discovery, as a sizeable fragment of metal that possibly fell from an aircraft midflight turned up near a residential building.

© Photo : sankei.com
The piece of metal found in Narita

The discovery was made by a local resident on Sunday night as he stumbled upon it about thirty meters away from his home.

At this time it remains unclear whether the piece of metal is actually a fragment of an aircraft, and the Japanese Ministry of Land, Infrastructure, Transport and Tourism is currently investigating the incident together with the city authorities, the newspaper adds.

While the mysterious find did not inflict any harm upon the residents of Narita, at least one man interviewed by Sankei Shimbun said he’ll be watching the sky from now on when going outside.

In 2017 a metal panel weighing about 4 kilograms fell of a KLM Royal Dutch Airlines plane shortly after takeoff from Kansai International Airport and smashed into a car driving down the road in the city of Osaka, though fortunately no one was injured during this incident.