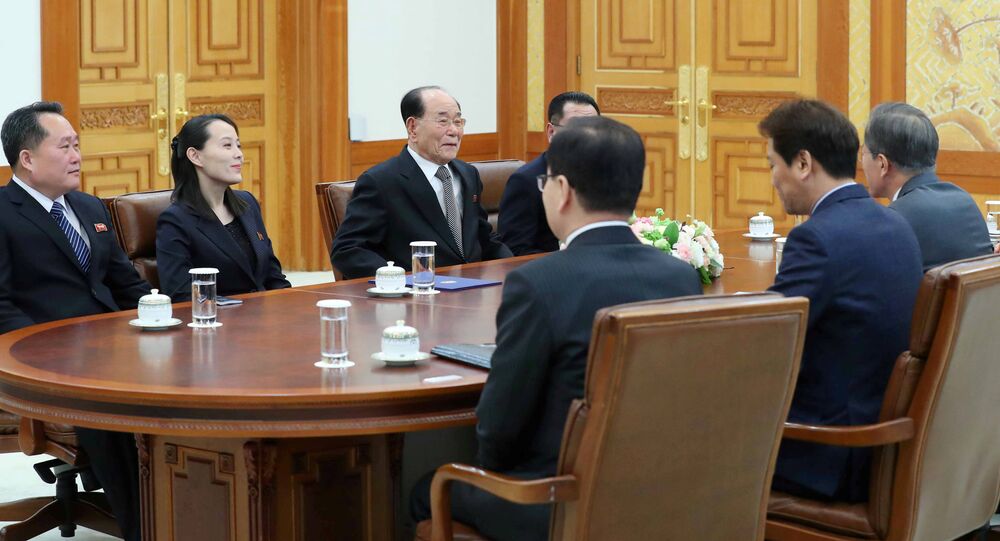 After over ten months of hemming and hawing, dialogue between the United States and North Korea actually seems possible. A top DPRK official told South Korea that Pyongyang was “willing” to begin a dialogue, raising the possibility of delaying planned US-South Korea exercises on the Korean Peninsula.

On Sunday, South Korean president Moon Jae-in met with General Kim Yong-chol, the head of North Korea's national intelligence services. Moon told Kim that he wanted to keep the peace on the peninsula and not just between the two Koreas, but also between North Korea and the US.

"Pyongyang is willing to have talks with Washington," Kim reportedly replied.

But it takes two to avert nuclear war, and Washington has expressed trepidation over dialogue with the North. "We will see if Pyongyang's message today, that it is willing to hold talks, represents the first steps along the path to denuclearization," the White House said in a statement in response to Kim's offer.

"In the meantime, the United States and the world must continue to make clear that North Korea's nuclear and missile programs are a dead end."

When asked about the offer on Monday, US President Donald Trump replied that he would meet "only under the right circumstances," saying simply "we'll see what happens."

Earlier in February, Trump, alongside Japanese Prime Minister Shinzo Abe, mentioned what those "right circumstances" would consist of: "complete, verifiable and irreversible denuclearization" on the part of North Korea.

Moon, who has often favored rapprochement between the Koreas, echoed Washington and Tokyo in somewhat softer terms. "North Korea needs to show its willingness for denuclearization for a possible dialogue with the US," he said.

The situation in the peninsula may be further inflamed when South Korea and the US resume planned annual military drills sometime in late March: Key Resolve, a set of military exercises that simulate an invasion of South Korea and Foal Eagle, which focuses on maritime and amphibious military preparations.

The exercises are usually held in February or March, but were pushed back to April to allow for the 2018 Olympics and Paralympics in Pyeongchang, South Korea. North Korea has repeatedly called for the exercises to be delayed or cancelled, arguing that they are "an outright challenge to the sincere efforts made by the DPRK to defuse the tension on the Korean Peninsula and create a peaceful environment."

A spokesman for the South Korean Joint Chiefs of Staff made a terse statement on Monday, claiming that the drills would not be postponed further.

The Pyeongchang Olympics were a big PR win for North Korea, who have successfully driven a wedge in South Korean society between Moon, who wants rapprochement, and more conservative factions, who are less trusting of the North.

The crisis began in April 2017, when the US deployed warships to the peninsula in response to North Korean nuclear missile tests. The DPRK tested at least one missile a month from April to September, skipped October and tested again in November.

However, since then there has not been another North Korean nuclear test in almost three months: the longest pause since 2016.