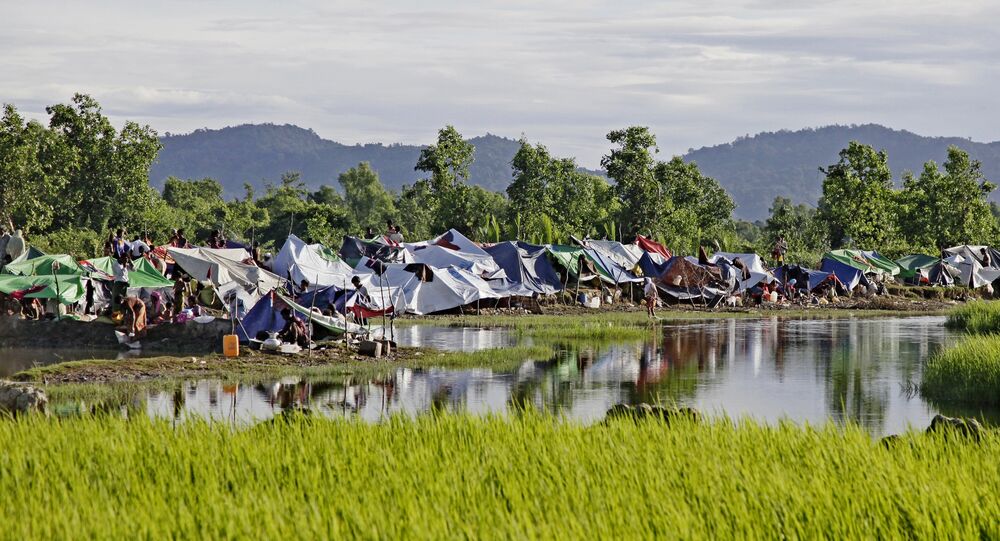 WASHINGTON (Sputnik) – Scores of ethnic Rohingya communities have been cleared by heavy machinery in Myanmar, leaving barren clearings where tree-shaded villages previously stood, Human Rights Watch said on Friday in a press release on Friday that included satellite images of the destruction.

"Since late 2017, the Burmese government has cleared at least 55 villages of all structures and vegetation using heavy machinery," the release said. "Most of these villages were among the 362 villages completely or partially destroyed by arson since August 25, 2017, during the security forces’ ethnic cleansing campaign against the Rohingya."

The villages were cleared during a military offensive that followed an August 2017 attack on police stations by a militant Islamist group.

Nearly 700,000 Rohingya have since fled to refugee camps in Bangladesh, with reports of mass executions, rape, arson and other atrocities committed by Myanmar soldiers and affiliated militias.