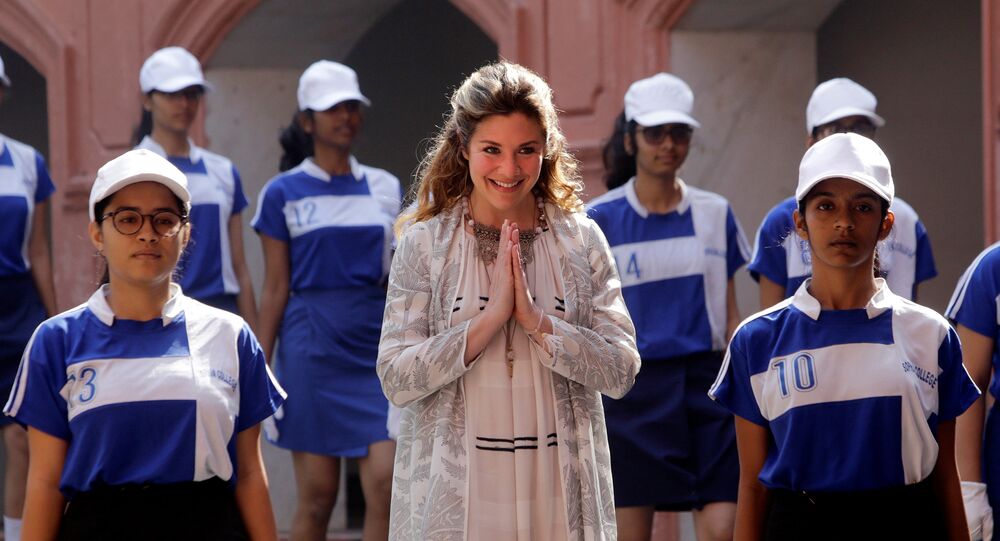 After a photograph of Canadian Prime Minister’s Justin Trudeau’s wife with Jaspal Atwal - a terrorist from the banned International Sikh Youth Federation (ISYF) went viral, India said it will probe the matter. The ISYF leads the Khalistan movement, and seeks an independent state for Sikhs.

New Delhi (Sputnik): India's Foreign Ministry has said it will initiate a probe to ascertain how Jaspal Atwal, a convicted terrorist, got a visa to India.

"There are two aspects to it: presence and visa. The Canadian side has already clarified that the invitation has been withdrawn. About the visa, I don't know how it happened. We will ascertain information from our commission," the spokesperson for the ministry of external affairs Raveesh Kumar said while responding to a media query on Thursday.

Jaspal Atwal, an Indian who later migrated to Canada, was photographed with Trudeau's wife at a dinner event in Mumbai on February 20. Atlwal is convicted of attempted murder for the 1986 attack on a visiting Indian minister in Vancouver Island. He is an active member of the Khalistan armed movement that seeks to divide India's northern territory into a separate state for the Sikh community.

CBC News has confirmed that Liberal MP Randeep Sarai put Jaspar Atwal on the guest list for the reception with the PM and the High Commissioner. https://t.co/39xPgdPgFv pic.twitter.com/YiIpq32IHy

After the news became a sort of embarrassment, the Canadian embassy in New Delhi reportedly withdrew the invitation to dinner scheduled in honor of visiting Prime Minister Trudeau, his family.

"Obviously, we take this extremely seriously. He should never have received an invitation. As soon as we received the information we rescinded it. A member of parliament had included this individual," Trudeau was reported by Indian news agency PTI as saying.

The ongoing weeklong visit of Canadian Prime Minister had already roused a controversy with the Indian government extending a low profile welcome was viewed by many as a ‘snub.' Indian Prime Minister Narendra Modi, famous for his warm gestures and hugs to visiting dignitaries, was absent for photo-ops with Trudeau. The Atwal photograph controversy has only further added to the Canadian embarrassment.

Invite for convicted attempted murderer/former member of illegal Sikh extremist group Jaspal Atwal to dinner at High Commissioner’s house Thursday was a mistake: government official on background. No comment on how he ended up at Monday’s event or whether he directly met PM.