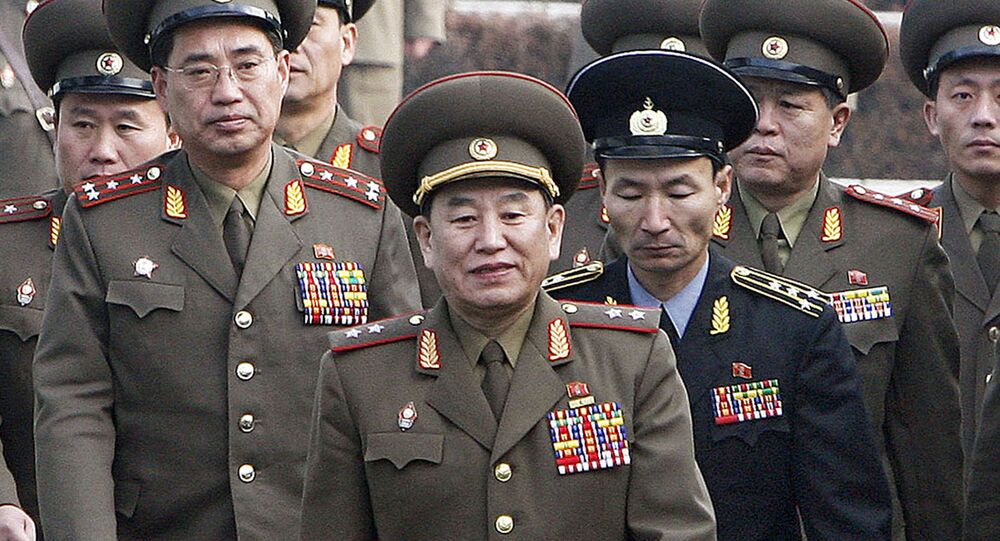 The DPRK delegation will attend the closing ceremony of the Olympic Games in Pyeongchang. It will be headed by the controversial Deputy Chairman of the Central Committee of the Labor Party Kim Yong Chol.

Around 70 lawmakers from the conservative Liberty Korea Party protested outside the Blue House, home to their nation's president, urging President Moon Jae-in to cancel the visit.

"Kim Yong Chol is a diabolical war criminal who attacked the South… He deserves death by hanging in the street," the party's parliamentary leader Kim Sung-tae stated, as quoted by the AFP.

"Even if the heavens split in two, we cannot allow such a heinous criminal — who must be sliced to death — to be invited to the Olympics closing ceremony," he added.

© Sputnik / Iliya Pitalev
North Korean Leader Invites South Korean President to Pyongyang - Reports
According to Reuters, Kim Yong Chol is currently in charge of relations between Pyongyang and Seoul, and before that he was the chief of intelligence of the Korean People's Army. In the South, he is considered one of those responsible for the flooding of the South Korean corvette Cheonan in 2010. He is blacklisted in the United States and South Korea; however, Seoul will allow him to enter the country.

The corvette sank near the island of Pennjo in the Yellow Sea, killing 46 crew members. The International Commission of Inquiry concluded that the ship was sunk by a North Korean Navy submarine. Pyongyang categorically rejected all the charges.

Earlier, on February 22, it was reported that North Korea spent about 240 million won (more than 220 thousand dollars) on the delegation's visit to the opening of the Olympics.