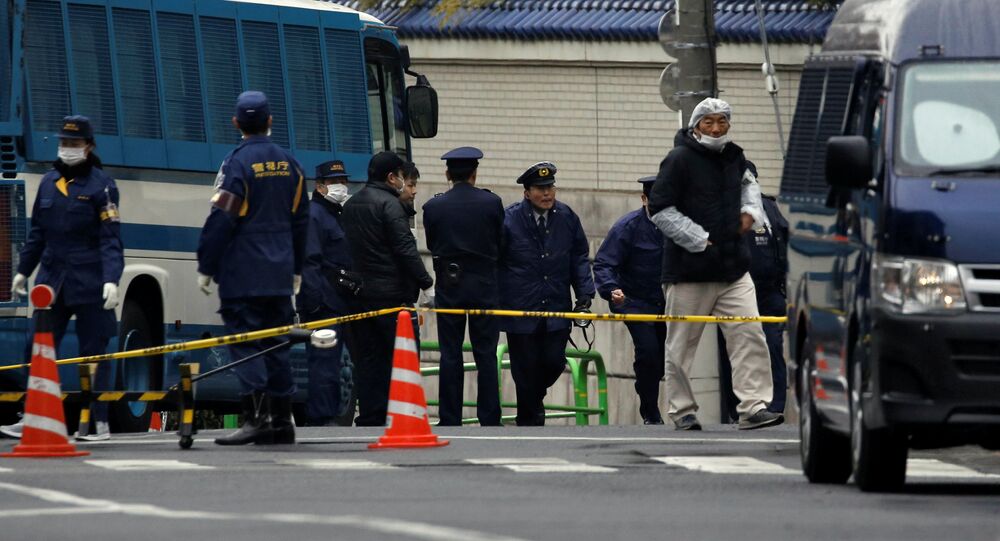 TOKYO (Sputnik) - Two right-wing activists, Yoshinori Kawamura and Satoshi Katsurada, on Friday drove up to the building of the General Association of Korean Residents in Tokyo and fired at the gate, local media reported.

Nobody was injured, and the activists were detained by the police, according to Kyodo news agency.

The association, also known as Chongryon, functions as a de facto embassy of North Korea in Japan as the two countries do not have diplomatic ties.

The relations between North Korea and neighboring Japan and South Korea have grown particularly tense over the last year as Pyongyang continued pursuing its nuclear and missile tests.

In the middle of the night last night, two Japanese rightwingers fired guns at the Tokyo headquarters of the General Association of Korean Residents in Japan (Chongryon). Nearby policemen, always stationed in the area, immediately arrested them. Nobody was hurt. (#Japan)

Satoshi Katsurada, one of the uyoku (right-wing activists) who opened fire at North Korean facility in Tokyo today had driven his explosive-laden truck into Prime Minister's Official Residence in 1992 in an attempt to assassinate all Japanese ministers.https://t.co/JoF2vYuutM

​North Korea, in turn, has been critical of its neighbors holding military drills with the United States. On Thursday, North Korea's committee on Korean reconciliation condemned joint large-scale US-Japanese exercises, set to start later on Friday.