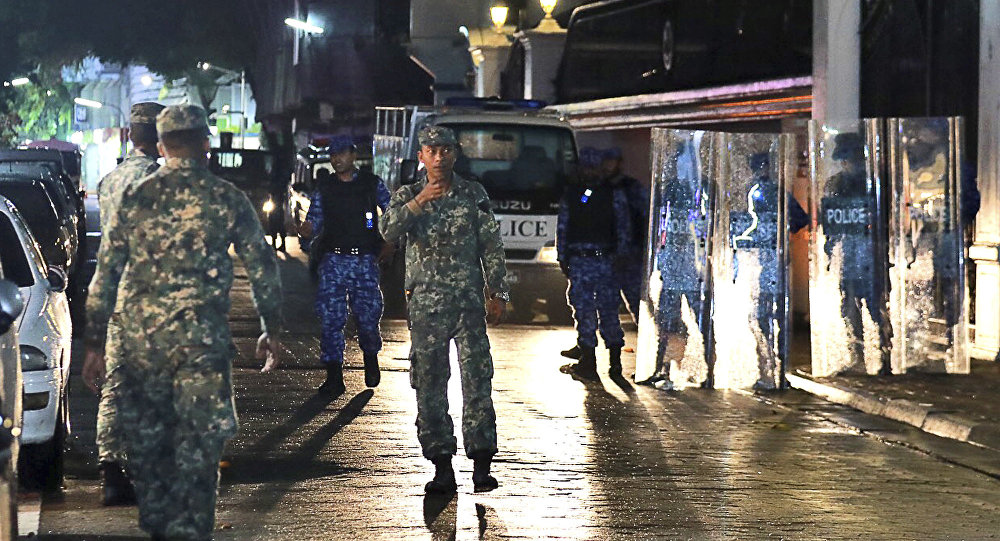 India has reiterated that the consequent delay in the resumption of the political process and the continuing suspension of democratic institutions including the judiciary is likely to further delay restoration of normalcy in the Maldives.

New Delhi (Sputnik): India has expressed strong concern over the government of Maldives' decision to extend the national state of emergency. On Tuesday the authorities extended the state of martial law by 30 days in the presence of only 38 lawmakers despite the country's law necessitating the requirement of at least 43 lawmakers being present and voting on the matter.

India's Ministry of External Affairs (MEA) has said that it is important to ensure that all democratic institutions are allowed to function in a fair and transparent manner in accordance with the Constitution.

The Majlis (Parliament) of Maldives on Tuesday accepted the recommendation put forth by President Abdulla Yameen proposing to extend the state of emergency, hours after India called for an early restoration of normalcy in the archipelago nation.

"It is important to ensure that all democratic institutions are allowed to function in a fair and transparent manner in accordance with the Constitution," India's Ministry of External Affairs said in a statement.

The Maldives were plunged into a political crisis on February 1 after the country's apex court dismissed the conviction of former President Nasheed and his eight associates accused of terrorism. The crisis intensified after the current government led by Abdulla Yameen rejected the court's ruling and declared martial law on February 5.