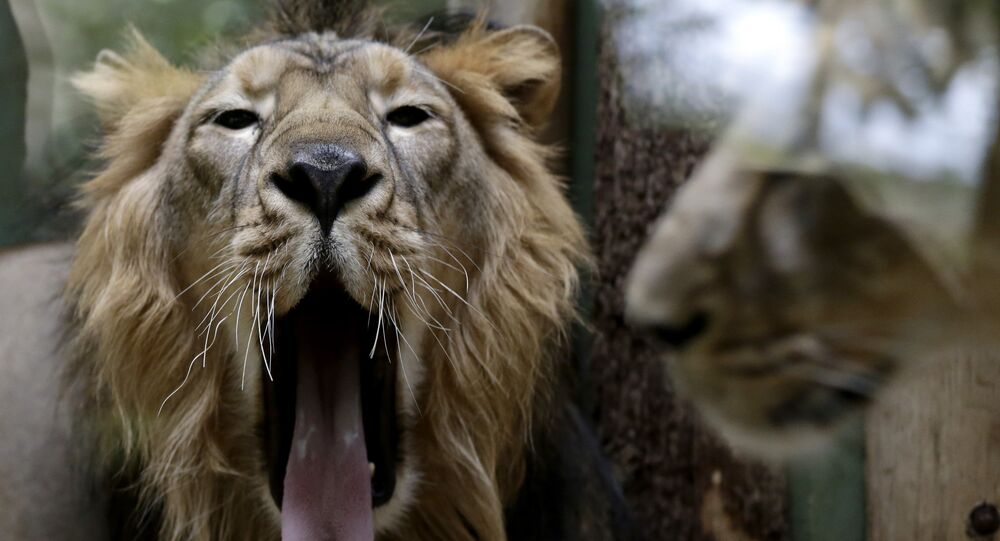 Murugan, who was precariously rescued by zoo guards who managed to divert the lion’s attention, reportedly claimed that he intended to have a "friendly chat" with the lioness.

New Delhi (Sputnik) — A major tragedy was averted at a zoo in the south Indian state of Kerala when a man who jumped into the lion's den was rescued to safety by guards. A video of the incident captured by tourists shows the man climbing down the walls of the barricaded enclosure towards a lioness before being dragged out by a group of security personnel while others diverted the lioness' attention from the man.

"It would have been a major tragedy if the watchman failed to notice him. Had he teased the animal, it would have become violent in no time," a zoo official told local media.

The man in the video, now viral, has been identified by the police as Murugan, a native of Ottapalam who had gone missing from home a week earlier. His relatives had recently filed a missing person report.

The zoo authority told media that after being rescued, Murugan told the guards that he intended to have a "friendly chat" with the lioness.

When a nearby guard spotted Murugan on his way to the lion's den, he was happily waving at fellow zoo visitors. Fortunately, the alert watchman called security guards, who pulled Murugan back from the enclosure safely after diverting the attention of the lioness.

Murugan is currently undergoing treatment at a local hospital for the minor injuries he received during the adventure.

Save Mowgli's Home! Tiger Safari to Be Prohibited in Indian Park