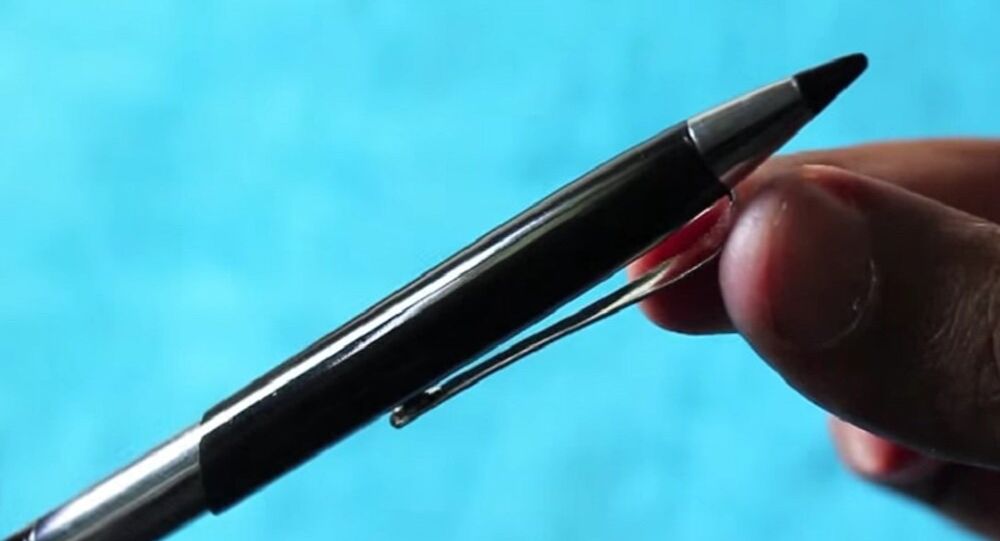 Indian agencies that were already grappling with the investigations into the $1.8 billion fraud committed by a diamond merchant in connivance with errant bank employees, another case of bank fraud amounting to at least $575 million involving the promoter of Rotomac Pens has come to light.

New Delhi (Sputnik) — India's Central Bureau of Investigation (CBI) and the Enforcement Directorate (ED) are questioning Vikram Kothari and his family, promoters of Rotomac Global, a now-defunct pen manufacturer in connection with a banking fraud.

The fraud came to light when the Bank of Baroda complained that the company, owned by Vikram Kothari, had not paid back loans to the tune of $124.6 million. But with investigations proceeding, it is now being alleged that a consortium of seven banks had been cheated by Kothari and his company of $575 million, including interest on the principal amount of $454 million, a CBI official, who did not want to be identified, said.

Kothari allegedly took the loan on the basis of fake export orders, fake suppliers, and fake bills, but Kothari's lawyer has reportedly defended the Kanpur-based businessman, saying the case is only that of a "loan default."

Other banks that have been duped by Kothari include the Bank of India, Bank of Maharashtra, Indian Overseas Bank, Union Bank of India, Allahabad Bank and the Oriental Bank of Commerce.

While the CBI is investigating the involvement of bank officials and other accomplices, the ED is probing if the funds obtained through the alleged fraud were laundered and if the proceeds of the crime were subsequently used by the accused to create illegal assets and black money.

The alleged loan scam comes close on the heels of a $1.8 billion loan fraud at the country's second-largest state-owned bank- Punjab National Bank by diamond merchant Nirav Modi and his uncle Mehul Choksi — promoter of the Gitanjali Group of companies. Modi is believed to have fled the country in January. India's Ministry of External Affairs has suspended the passport of the Modi for four weeks.

Meanwhile, Kothari on Sunday denied reports that he had left the country, the Hindustan Times reported. "I am very much in Kanpur with my family, running my business here," Kothari was quoted as saying by the newspaper.

It is a case of loan default and not fraud: Sharad Kumar Birla, Lawyer of Rotomac owner #VikramKothari in Kanpur. pic.twitter.com/HvojmXETMI