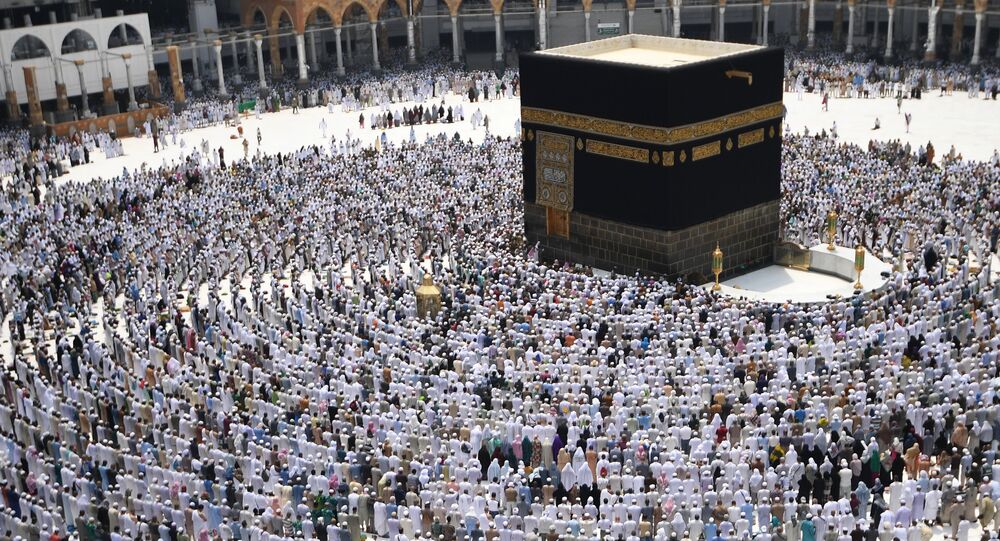 This year the holiest city for Muslims, Mecca will be visited by transgender youth from Pakistan in a breakthrough event for the country aimed at improving social acceptance for people of the third sex.

Pakistan will send a team of transgender youth as volunteers during the 2018 Hajj pilgrimage. Blue Veins, a transgender welfare organization based in Sindh province is organizing this trip with the collaboration of IPC Sindh Boys Scouts.

"Efforts for sending transgender youth to Saudi Arabia to serve as Khuddamul Hujjaj [volunteers during the annual Hajj] are underway," IPC Sindh Boys Scouts Commissioner Atif Amin Husain was quoted as saying by the Express Tribune.

© REUTERS / Pascal Rossignol
Denied a Job in Air India, Transgender Woman Seeks Mercy Killing
The deputy said that recently 40 transgender youth from Sindh had joined the Pakistan Boy Scouts Association and they will become part of a team of more than 150 boy scouts. Last year, over a hundred boy scouts were sent to Saudi Arabia.

According to the commissioner, the recruitment process for Hajj includes physical training and a test.

The lists of those selected will then be sent to the Ministry of Religious Affairs for final confirmation.

"This could be a game changer and could significantly improve the social acceptance of transgender youth in our society," Husain said.

In 2009, Pakistan became one of the first countries in the world to officially recognize the third sex and began issuing national identity cards with the appropriate notation.

There are currently about half a million transgender people residing in the country, but despite attempts to integrate these people into  society, many are still subject to discrimination.

Hajj is the annual Islamic pilgrimage to Mecca, the holiest city for Muslims. It is an obligatory religious duty for Muslims that must be carried out by all adult Muslims at least once in their lifetime.