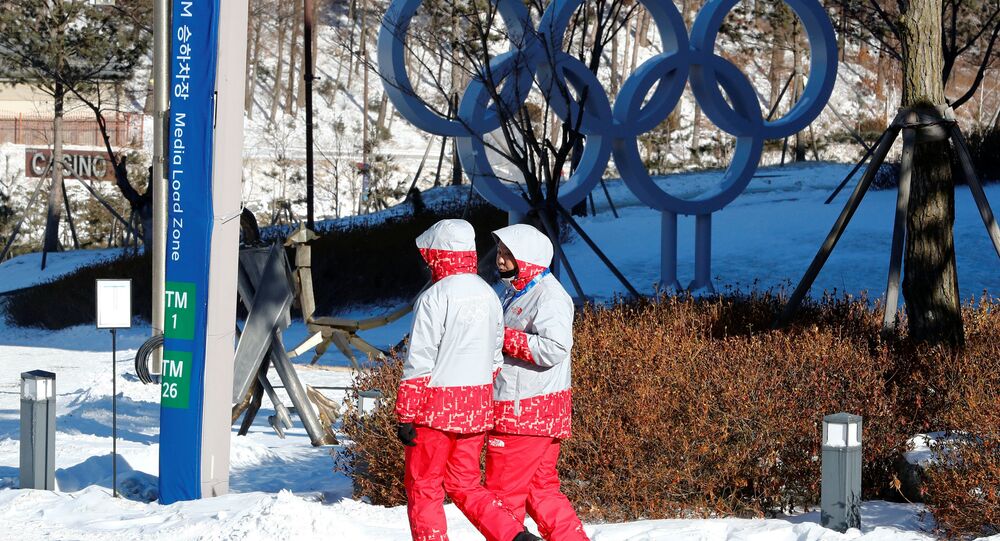 PYEONGCHANG (Sputnik) - The Organizing Committee of the Winter Olympics in South Korea has managed to prevent the spread of the norovirus infection, which causes abdominal pain, vomiting and diarrhea, the committee’s spokeswoman Nancy Park said.

On Sunday, the number of cases of norovirus infection at the Olympics increased to 275, according to the committee.

Currently the South Korean Health Ministry is working on ensuring prevention of new incidences, while 243 people have already recovered, the spokeswoman said at the press conference.

© AP Photo / Charlie Riedel
Olympic Flu? Norovirus Continues to Spread at 2018 Pyeongchang
The norovirus is a highly contagious illness that is transmitted through food, water and skin-to-skin contacts. The fist symptoms usually occur 24-48 hours after infection. In order not to get infected, it is necessary to thoroughly wash your hands before the intake of food, drink bottled or boiled water and to wash fruit and vegetables before consumption.

The illness usually causes vomiting, diarrhea and unbearable stomach pain, and is known to cause thousands of deaths annually around the world.

The 2018 Winter Games started on February 9 and will last through February 25.

The Most Beautiful Fangirls at the 2018 Winter Olympics