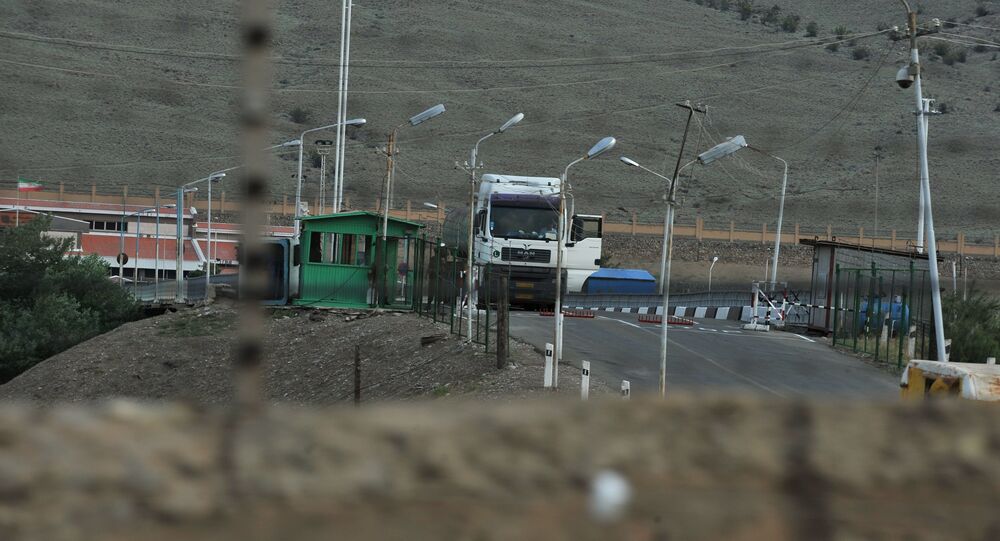 YEREVAN (Sputnik) - Armenia aims to establish a new transit corridor between the Black Sea and the Persian Gulf and currently is engaged in negotiations with a number of countries, expecting to increase the number of project’s stakeholders, country’s President Serzh Sargsyan said.

“We have been negotiating with all the interested countries with the objective of creating a new transit corridor between the Black Sea and the Persian Gulf. We hope that their successful conclusion will render a list of beneficiaries that will be far more extensive than the countries engaged in the negotiations process,” Sargsyan said in his address at the Munich Security Conference (MSC), as quoted in the presidential press service’s statement.

© Sputnik / Vladimir Astapkovich
Cryptocurrency Boom: Armenia Set to Be Home to 50 MW Mining Farm
The cooperation with the member states of the European Union and the Eurasian Economic Union will positively contribute to the economic growth, the president added.

"Armenia acceded to the Eurasian Economic Union with a clear understanding that doing so would best serve the development of our economy and the future of our nation. The results achieved since our accession do prove our trust in the path we embarked upon,” the Armenian president added.

Armenia also participates in the construction of the International North South Transport Corridor (INSTC) alongside Russia, Iran and other countries.

The project envisages the construction of transport and infrastructure facilities along the shipping route from South-East Asia to Northern Europe.