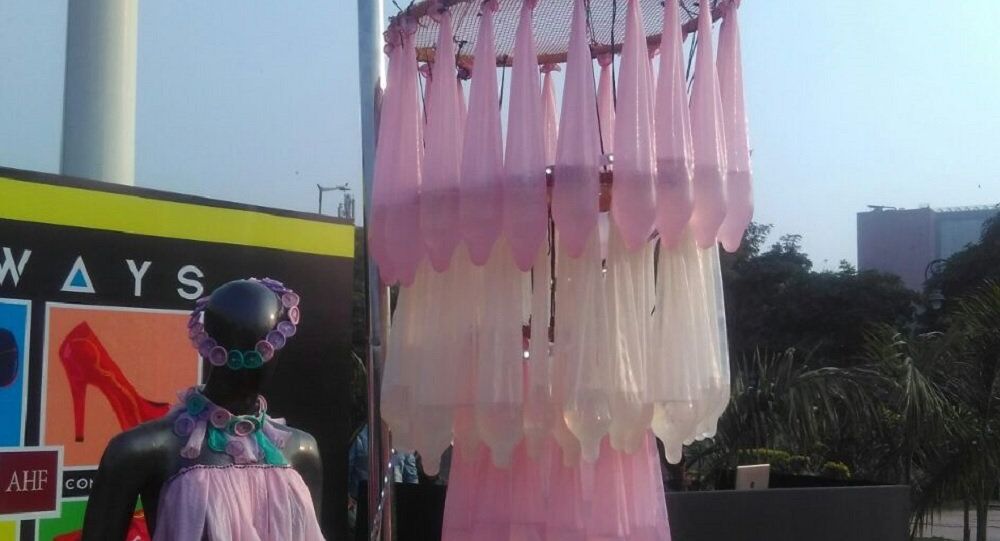 'Condoms Are Always in Fashion': Unique Exhibition in New Delhi Ahead of V-Day

An exhibition of artworks made of condoms at the heart of New Delhi was visited by one and all. Ironically, it came only months after the Indian government’s diktat to television channels asking them not to air condom advertisement before 10 pm.

New Delhi (Sputnik) — The Indian capital city of New Delhi observed 'International Condom Day' with a rare exhibition of modern art pieces made of condoms. 'Condoms are always in fashion' was the theme of the exhibition put up at the Connaught Place Central Park in the heart of the city.

© AFP 2020 / Leon Neal
Twitter has ROFL Time as India Restricts Condom Ads
The exhibition, organized by NGOs including the AIDS Healthcare Foundation and the Rotary Club, received a commendable response.

"This was the second year of this event and this time it seemed more acceptable and participatory. Last time in 2017, we tried it on the eve of Valentine's Day only but turnout was less," Dr. V Sam Prasad, head of the AIDS Healthcare Foundation in India told Sputnik.

​The exhibits were mostly human forms with clothes in contemporary and futuristic styles. One of the eye-catching artworks was a chandelier made of condoms.

On the sidelines of the exhibition, a cultural program was held that attracted a huge crowd, to which free condoms were distributed. A voluntary HIV/AIDS screening camp was also conducted.