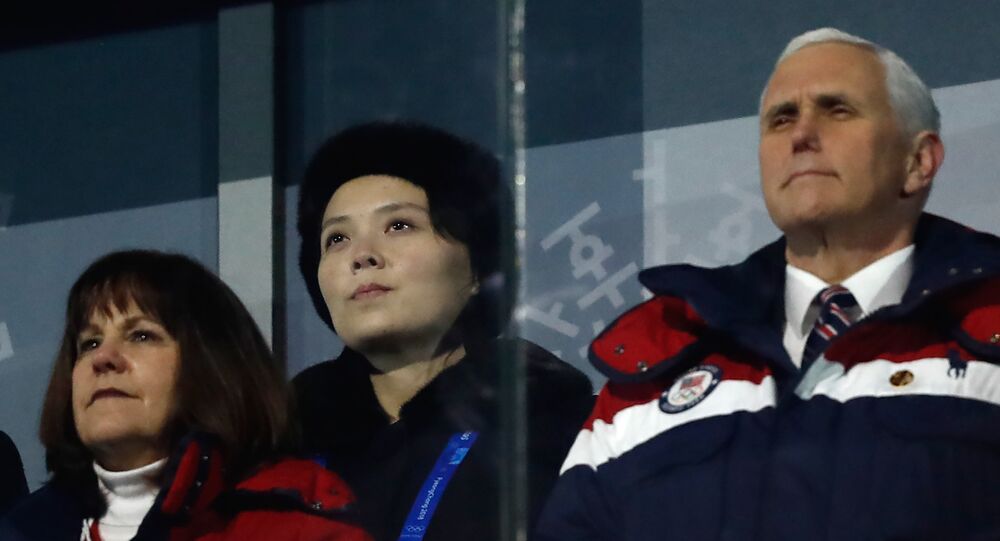 North Korean leader Kim Jong Un's sister comes home Sunday night after an eventful three days in South Korea, where she sat among some of the world's top-officials at the Olympics and made a diplomatic offer to the South intended to end seven decades of hostility.

Kim Yo Jong and the other North Korean officials are ready to fly back to Pyongyang aboard leader Kim Jong Un's private jet.

They capped their final day in South Korea by attending a concert in Seoul with South Korean President Moon Jae-in given by a visiting North Korean art troupe led by the head of the immensely popular Moranbong band, whose young female members are hand-picked by Kim Jong Un. South Korea's Prime Minister Lee Nak-yon also received the North Koreans for lunch Sunday, before Moon's chief of staff, Im Jong-seok, hosted them for dinner ahead of the concert.

"Honestly, I didn't know I would come here so suddenly. I thought things would be strange and very different, but I found a lot of things being similar," Kim said at Sunday's dinner, according to Moon's office. "Here's to hoping that we could see the pleasant people (of the South) again in Pyeongchang and bring closer the future where we are one again."

© REUTERS / Yonhap
North Korea Delegation That Includes Kim’s Sister Lands in South Korea – Reports
South Korea accepted North Korea's demand to transport more than 100 art troupe members by sea, using the Mangyongbong-92 ferryboat as an exception to the maritime sanctions it imposed on the North, which is a controversial move amid concerns that the North is trying to use the Olympics to squirm out of international sanctions.

After arriving in Seoul, the North Koreans attended a frosty opening ceremony at Pyeongchang's Olympic Stadium, taking their place among some of the world's top officials, including US Vice President Mike Pence and Japanese Prime Minister Shinzo Abe, who seemed to go out of their way to not acknowledge the North Koreans, despite sitting just a few meters away.

Kim Yo Jong is an increasingly notable figure in her brother's government. She's the first member of the North's ruling family to visit the South since the end of the 1950-53 Korean War.