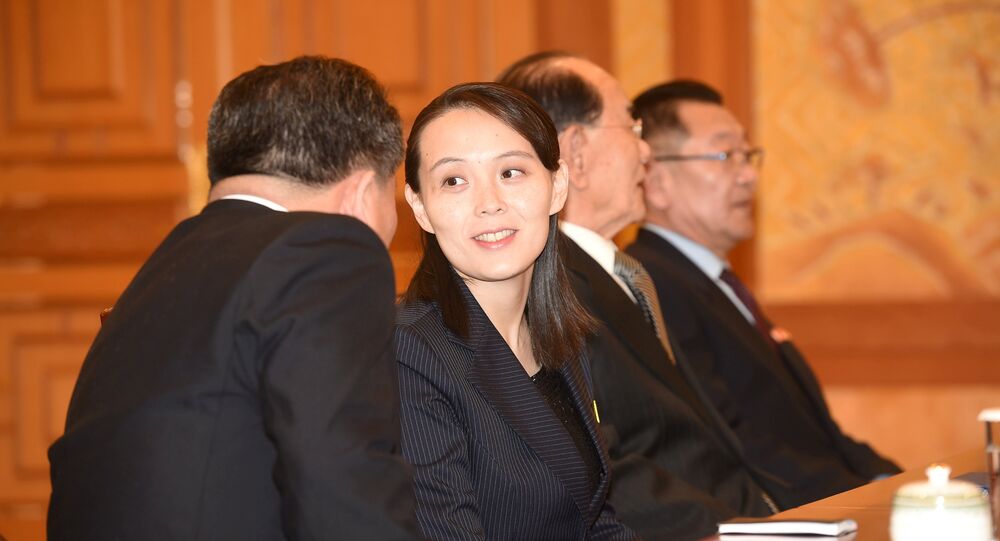 The North Korean leader’s sister Kim Yo-jong has been in the spotlight since she arrived in South Korea for a three-day visit, attending the solemn Winter Olympics opening ceremony.

Diplomacy and sports have mixed in an unprecedented way, as a historic visit made by Kim Jong-un’s younger sister has paved the way for hope to better relations between the two Koreas.

"I hope Pyongyang and Seoul get closer in our people's hearts and move forward to the future of prosperous unification," she said in her guest book message.

I hope this moment will be the first step for progress between both countries on the Korean peninsula. #Handshake Moon Jae-in 🇰🇷 and Kim Yo-jong 🇰🇵 9th of February 2018. Switzerland will support this process.#PyeongChang2018 #Olympics pic.twitter.com/j2MllAlqJS

North Korea’s move was estimated as a “charm offensive,” with media outlets saying that Pyongyang could hardly have chosen a better ambassador than Kim Yo-jong.

Kim Yo-jong, who is believed to have studied in Switzerland, just like her elder brother, made headlines as soon as she appeared at the opening ceremony of the 2018 Olympic Games in Pyeongchang, with many starting to compare her with US President Donald Trump’s daughter Ivanka, partially because of the role the two women play in politics. Experts say that Kim Yo-jong has great influence on her brother, because she’s one of the few people he actually can trust.

"Kim Yo-jong's power exists because of proximity to the leader himself. She is the person he trusts more than anyone else in the regime," said Ken Gause, North Korean leadership expert.

Her career seems to be quite successful, given that in 2017 she was made an alternate member of the so-called Politburo, the decision making arm of the Central Committee of the Workers Party of Korea. Furthermore, Kim Yo-jong is said to be the one who is trusted with managing her brother’s “public events, itineraries and logistical needs,” among many other tasks.

As controversial as it may seem, especially after her spectacular appearance at the Olympics, the US Treasury Department had blacklisted the “First Sister” in January 2017, adding her to the Specially Designated Nationals List for “severe human rights abuses” in North Korea.