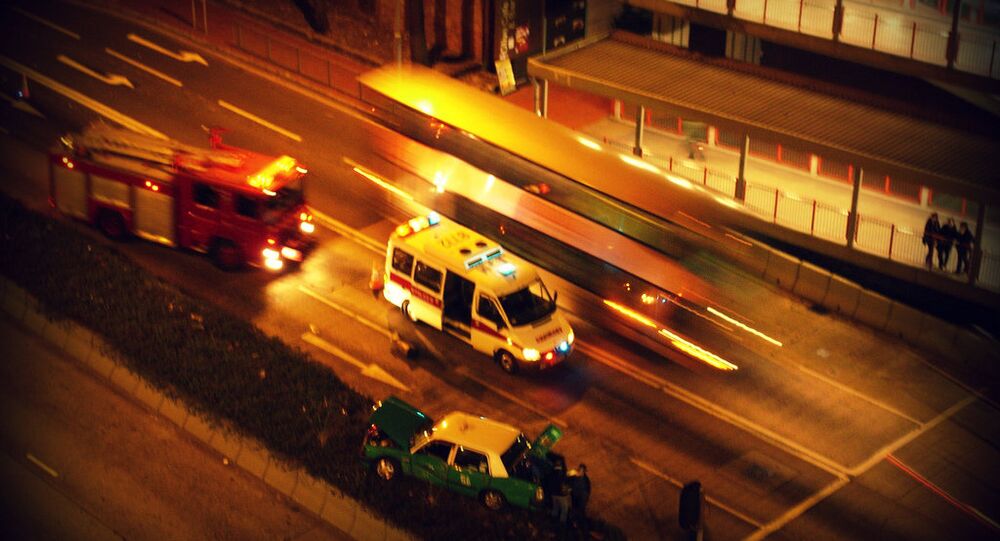 The causes of an accident involving a double-decker bus that took place on Tai Po Road have not yet been identified, though there are some reports that the vehicle was going too fast.

The double-decker bus crash has claimed lives of 19 people, 17 men and two women, and left up to 60 wounded, according to Chinese media.

Earlier, 13 deaths and 40 cases of injuries were reported after a bus turned over in Tai Po Road at 18:00 local time (10:00 GMT). Those injured were immediately sent to hospital.

Emergency services and police are working at the scene, coming to the rescue of those trapped inside the bus.

This is just awful news after racing at Sha Tin today in Hong Kong 🇭🇰 shuttle bus with race goers at least 19 dead 😱😬😢 please pray for these poor people 🙏🏽 pic.twitter.com/R7C2YZQKut

© AP Photo / Emrah Gurel
Shocking PHOTOS Show School Bus Crash in Turkey, Killing 11 and Injuring 44
The China Morning Post cited the words of one of the passengers of the double-decker, who said that the vehicle was driving too fast.

"It was much faster than I normally felt in a bus. And then it was like the tyres slipped and the bus turned. It was really chaotic in the bus. People fell on one another and got tossed from side to side," the passenger said.

The causes of the incident are being investigated.

One Killed, Four Wounded After Car Crashes Into Bus Stop in Moscow - Reports