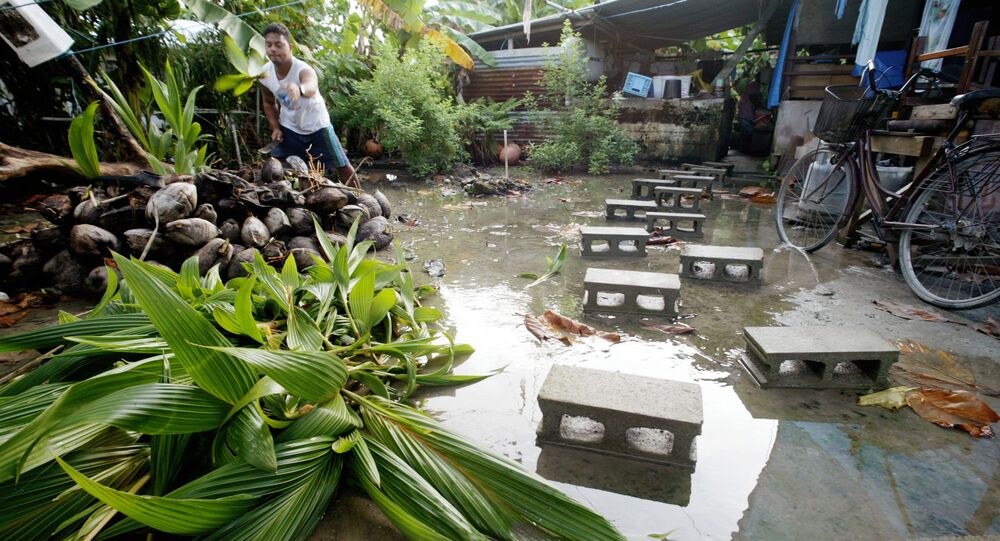 Tuvalu is a Polynesian state in the southwest of the Pacific Ocean. It consists of 9 low-lying coral atolls, the surface of which does not exceed 5 m above sea level. Tuvalu was expected to disappear due to rising sea levels brought about by climate change.

According to a study conducted by the University of Auckland, which examined changes in the geography of Tuvalu's atolls and reef islands between 1971 and 2014, eight of the atolls and almost three-quarters of the islands grew during that period, making Tuvalu's land area 2.9 percent bigger.

"We tend to think of Pacific atolls as static landforms that will simply be inundated as sea levels rise, but there is growing evidence these islands are geologically dynamic and are constantly changing," Co-author Paul Kench said, as quoted be AFP.

"The study findings may seem counter-intuitive, given that (the) sea level has been rising in the region over the past half century, but the dominant mode of change over that time on Tuvalu has been expansion, not erosion," he added.

The study found factors that could offset the erosion caused by rising water levels.

Wave patterns and sediment dumped by storms over Tuvalu could offset the erosion caused by rising water levels?
'Sinking' Pacific nation is getting bigger: study https://t.co/LiseTnindU via @physorg_com

But researchers concluded that climate change still remains one of the major threats to low-lying island nations.

In 2001, New Zealand took the initiative to host islanders threatened by rising sea levels. In 1989, the United Nations included Tuvalu in the list of island groups that have the most risk of flooding in the 21st century due to climate change.