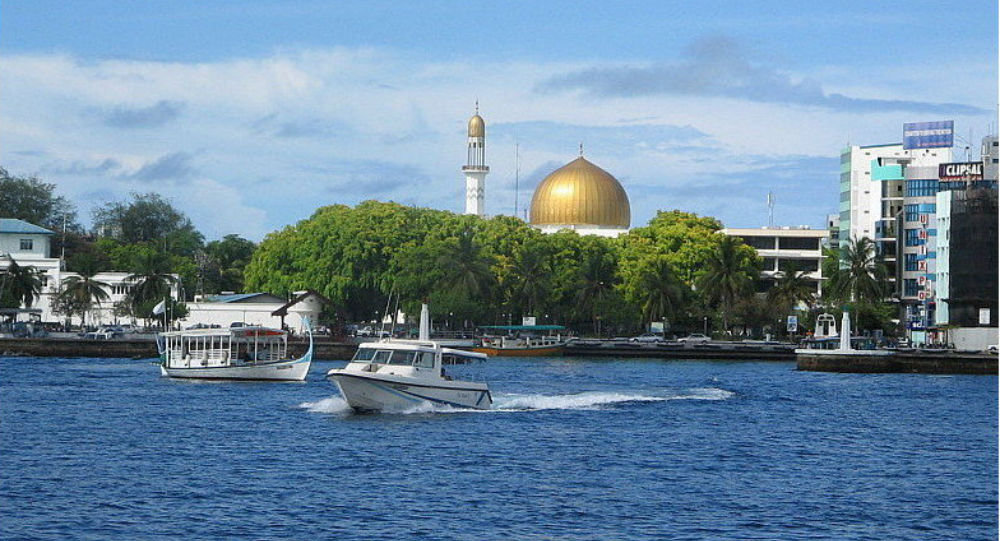 President Yameen of the Maldives has sent Minister of Economic Development Mohamed Saeed to China and Foreign Minister Mohamed Asim to Pakistan in the wake of the political crisis. Minister of Fisheries and Agriculture Mohamed Shainee is going to Saudi Arabia.

New Delhi (Sputnik): The government of the Maldives has refuted media reports that it had chosen to bypass India while sending its special envoy to other friendly countries. The Embassy of the Maldives in New Delhi has issued a clarification that it was the Indian government which declined the appointment citing time constraints of its leaders.

While Indian Prime Minister Narendra Modi is scheduled to embark on a three-nation tour of the Middle-east, Foreign Minister Sushma Swaraj is already in Saudi Arabia for crucial bilateral talks.

Earlier, a section of the Indian media had reported that the President of Maldives was sending special envoys to China, Pakistan, and Saudi Arabia to discuss the country's political crisis but had chosen to ignore India.

The political turmoil deepened in the Maldives after the apex court ordered the government to free political prisoners including exiled former president Mohamed Nasheed. The court had said that their trials were "politically motivated and flawed." However, the government defied the court orders and clamped a national emergency, followed by arrests of the Chief Justice and other judges.

Following the swift developments, exiled President Mohamed Nasheed called on India to step in to restore order in the troubled country.

China, on the other hand, has asked expressed strong reservations against intervention by any of the global powers, insisting the government of Maldives and the opposition should resolve the crisis on their own internally.

China supports all parties in the Maldives to resolve ongoing political turmoil through dialogue https://t.co/kYziQ1IyeI pic.twitter.com/NtkoGZ1c9S