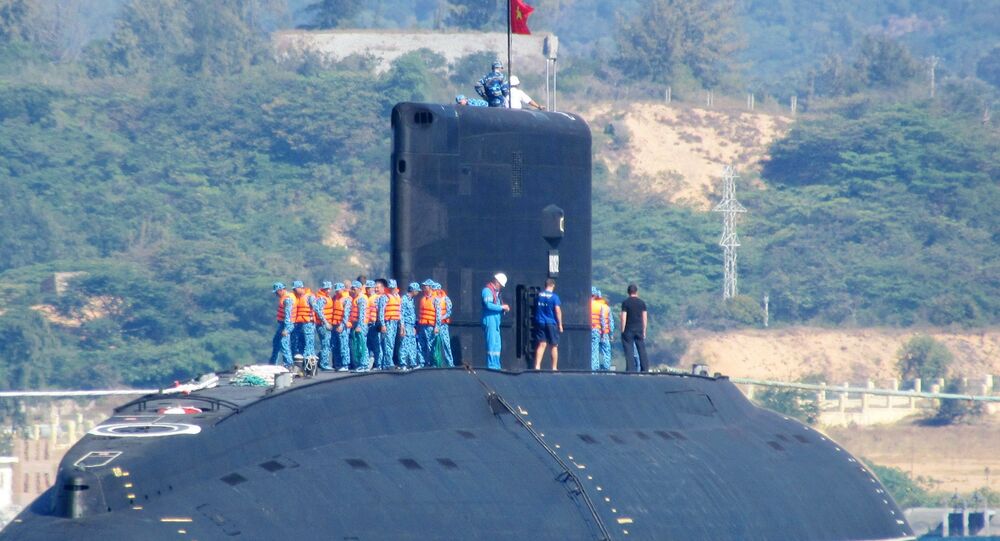 The US State Department wants Vietnam to buy more weapons from the US, after Washington lifted its lethal arms embargo on its one-time enemy in 2016, Defense News reported.

"The Vietnamese are very interested in a greater security partnership," a State Department official said as quoted by the newspaper.

According to the media, Vietnam hadn’t significantly expanded purchases of US arms, even after the American lethal weapons ban on the country was lifted in 2016, although in the period from 2005 to 2014 Vietnam's defense budget grew by almost 400 percent, according to data from the US Department of Commerce.

© AP Photo / Cristobal Herrera
Russian Bases in Cuba, Vietnam Could Help Prevent Growing 'US Aggression' - MP
"We are also encouraging them to look beyond the U.S. grant assistance to also diversifying away from some of their typical suppliers — their historical suppliers like the Russians — into buying US equipment that would, one, give them more capability and, two, help strengthen our partnership for the interoperability and the greater interaction with our military," the State Department representative noted.

The US severed ties with Vietnam after the Vietnam War 1955 — 1975, and diplomatic relations were restored only in 1995. In 2016, US President Obama visited Vietnam to celebrate the Comprehensive Partnership between the countries and the decision was made to lift the embargo on sales of lethal weapons to Vietnam.

READ MORE: 'Pragmatic Interest': Why Russia's Ka-52 Should Be Copter of Choice for Vietnam

In contrast to US-Vietnam relations, the ties between Southeast Asian state and Russia have been always distinguished by aspiration for a deeper and more profound partnership. Retired Colonel-General of the Vietnamese army Trung Quang Khánh told Sputnik Vietnam that the two countries "stood shoulder to shoulder in the years of the military hard times." Vietnam was a close ally of the Soviet Union during the Cold War and now the country is developing the strategic partnership with Russia, which is marked by a robust arms trade with most of Vietnam's weapons and military equipment being Russian-made.