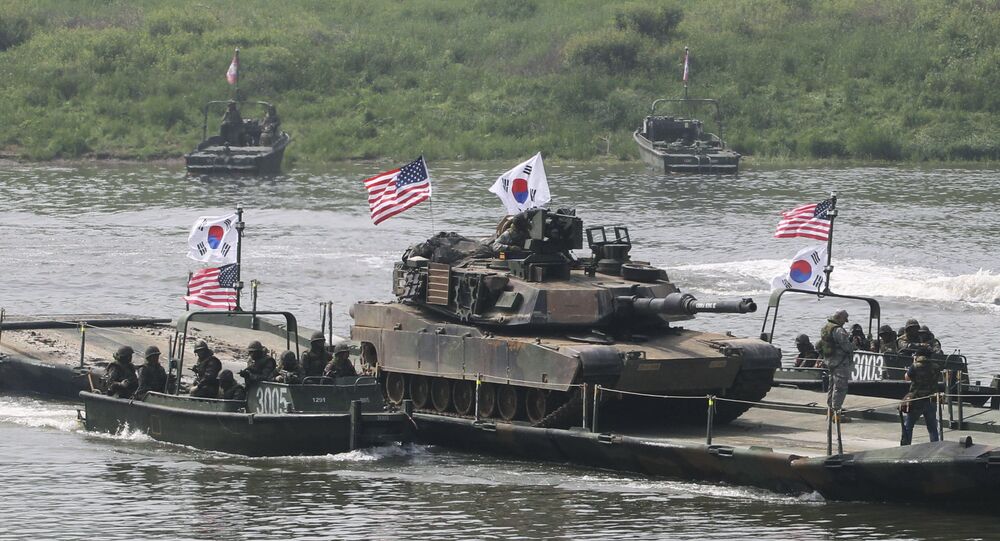 North Korea has warned that a resumption of the frequent South Korean and US military exercises will shatter the shaky detente that has coalesced on the Korean Peninsula and send the region spiraling back into looming conflict.

Washington and Seoul are preparing to conduct a pair of annual exercises: Key Resolve, which focuses on exercises to simulate an invasion of South Korea, and Foal Eagle, which focuses on maritime and amphibious military preparations. The exercises are usually held in February or March, but have been pushed back to April to allow for the 2018 Olympics and Paralympics in Pyeongchang.

"If the US and South Korea resume the large-scale joint military exercises, the situation on the Korean Peninsula will again be pushed back to the grim phase of catastrophe and the provokers will have to bear all responsibilities," wrote the Korean Central News Agency (KCNA), a state-run North Korean outlet.

"This sinister military act aimed to chill the hard-won atmosphere for the improvement of the North-South ties and reverse the trend of development is an outright challenge to the sincere efforts made by the DPRK to defuse the tension on the Korean Peninsula and create a peaceful environment," the KCNA report went on to say.

"The situation clearly proves that the US is a harasser of the peace on the Korean Peninsula, a chief culprit escalating tensions and a main stumbling block standing in the way of Korea's reunification. The US and the South Korean military warmongers will have to ponder over the consequences to be brought about by their nuclear war saber-rattling."

A delegation of 20 North Korean leaders are expected to travel to South Korea for the Olympic opening ceremony on Thursday. They will be led by Supreme People's Assembly Presidium President Kim Yong-nam, the second-most powerful official in the DPRK.

South Korea has celebrated Kim's visit as a breakthrough in the stand-off that has engulfed the peninsula since April of 2017, when the US began to build up military force there in response to North Korean ballistic missile tests.

"With the Pyeongchang Olympics providing a valuable opportunity that cannot be missed, we look forward to establishing momentum for resolving tensions around the Korean Peninsula and laying the groundwork to begin dialogue between North Korea and the US," an anonymous official told South Korean outlet Hankyoreh.

While tensions between Pyongyang and Washington remain high, intra-Korean talks began in January. The White House has been lukewarm on this dialogue: Trump called the talks a "good thing," but seemed skeptical that anything would come of them after a meeting with a group of North Korean defectors on Friday.

"It's a very tricky situation," Trump told reporters. "We think the Olympics will go very nicely. And after that, who knows."