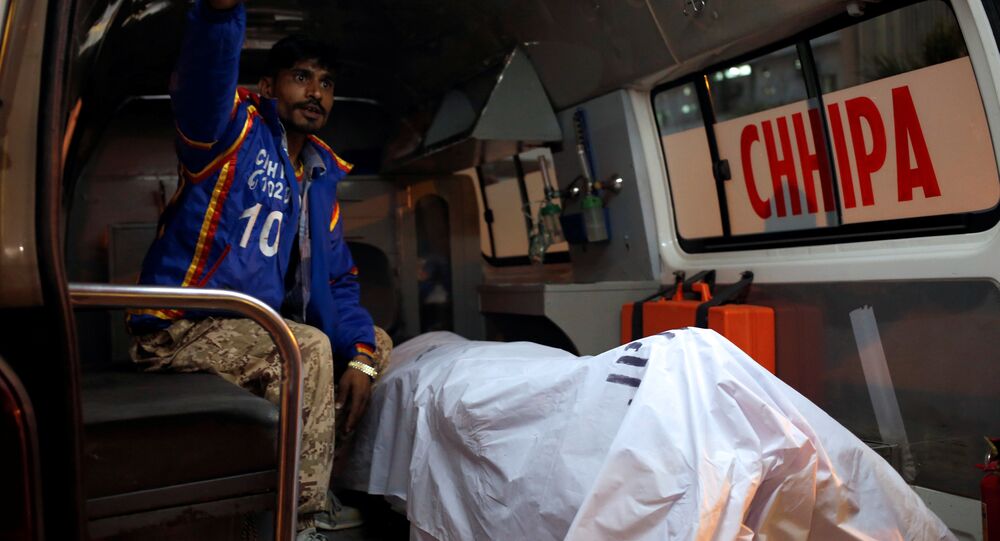 A Chinese shipping company’s senior executive was gunned down in the streets of Karachi, Pakistan, in what police are calling a targeted attack. The identity and motive of the assailant, who is believed to be at large, are currently unknown.

Forty-five-year-old Chen Zhu, the Pakistan general manager of Cosco Shipping Lines Co, was in his car with trainee Ye Fan in the affluent Zamzama locality. The two had just eaten lunch and had come to the locale to do some shopping when an assassin opened fire at them, firing at least 10 shots and hitting Chen in the head twice. Chen was rushed to the hospital, where he was pronounced dead.

"The incident appears to be a targeted attack, [it] doesn't look like a mugging," Azad Khan, deputy inspector general of Southern Karachi, told Reuters. The police added that Ye was unharmed, although a Pakistani bystander named Qamar Abbas suffered minor injuries during the attack.

Furthermore, the police said, Chen had not brought his security detail with him to lunch, which is against Cosco's standard operating procedures.

Cosco is the largest shipping company in Asia and the fourth largest in the world, with a fleet of 361 carrier vessels moving goods across 85 countries worldwide. In 2016, they moved 16.9 million cargo containers.

"The company has taken steps, first to ensure the safety of our staff overseas; secondly to inform the family so that they can go and make funeral arrangements; and thirdly, we immediately contacted the local consulate and embassy to get their assistance," a Cosco spokeswoman said in a statement.

Meanwhile, Chinese Foreign Ministry spokesman Geng Shuang has called for justice. "We strongly condemn the extremist and violent action against Chinese citizens and will continue to closely monitor the progress of the case and provide active assistance to the families of the victims in dealing with the aftermath," said Geng in a statement.

He added that they demanded Karachi police do their "utmost to solve the case and bring the murderers to justice as soon as possible."

Beijing and Islamabad enjoy robust trade and diplomatic relations, with China pledging $57 billion to develop their smaller neighbor in the China-Pakistan Economic Corridor. China hopes to see dividends from their investment flow back into China in the long-term via increased trade.

However, Pakistan remains perilous for visiting foreigners, which has scared Western economies from following China's lead. In June, two Chinese nationals were abducted and executed by Daesh in the southwestern Pakistani province of Baluchistan.

In December, Beijing issued a travel advisory warning, claiming that they had received intelligence that Chinese nationals that were Pakistan-bound would be the targets of violence.

Karachi, Pakistan's most populous city with 14 million citizens, has been beleaguered by gang shootings and terrorist sects. Violence peaked in 2012 with almost 2,200 homicides, making Karachi one of the most dangerous cities in the world.

In 2013, the Pakistan Rangers were deployed to the city to crack down on homicides and terrorist groups as well as instituting harsh new security measures. While controversial, the measures were successful in decreasing the homicide rate to 650 in 2015, a 70 percent decrease.