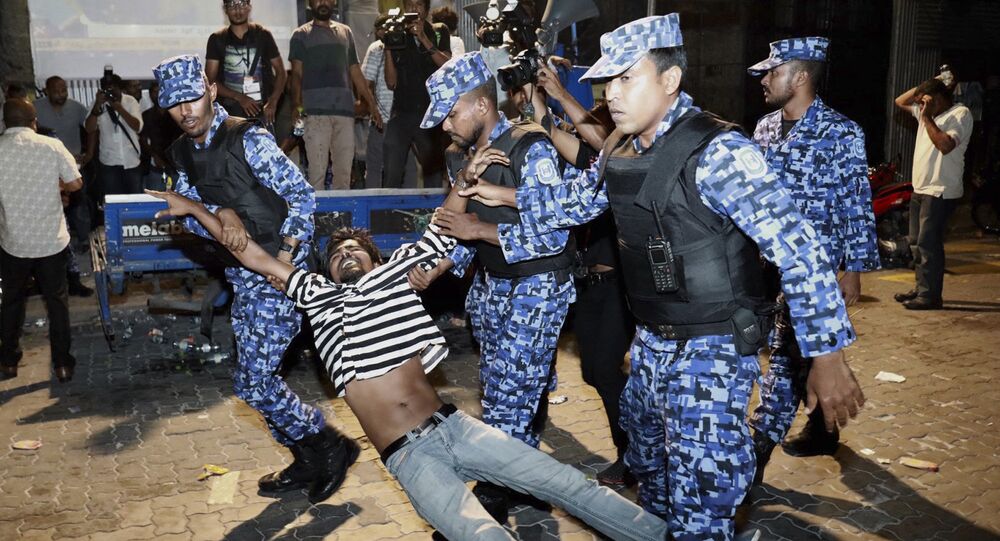 According to the Avas media outlet, the state of emergency would last for 15 days, during which time several constitutional rights, the criminal code and several other acts will be suspended.

Gayoom is current president's half-brother, who ruled the country for 30 years until 2008, and arrested at his residency, along with his son-in-law. Yameen has defied a Supreme Court decision requiring jailed opposition leaders to be freed, including Gayoom's son Farish, an opposition lawmaker.

On Sunday, the Maldives Supreme Court restored parliament membership of 12 supporters of the opposition, thereby giving the opposition coalition the majority of seats in the legislature, which has the power to impeach the president. Heads of the prosecutor's office, police, and armed forces of the Maldives said the same day that they had the information that the Supreme Court may try to impeach the country's president for not obeying its order to release jailed opposition members.

The island nation has been engulfed in a political crisis since the Supreme Court on Thursday overturned terrorism-related convictions against a number of opposition politicians, including exiled former president Mohamed Nasheed. The parliament suspended its work due to security reasons.

Mohamed Nasheed became the first democratically elected president of the Maldives in 2008. He was deposed in 2012 and found guilty of terrorist activities in 2015. According to the official charge, Nasheed committed a number of offenses under the law on terrorism. The arrest and imprisonment of the former president sparked condemnation from the international community, which believes that the procedure did not comply with the standards of adjudication.