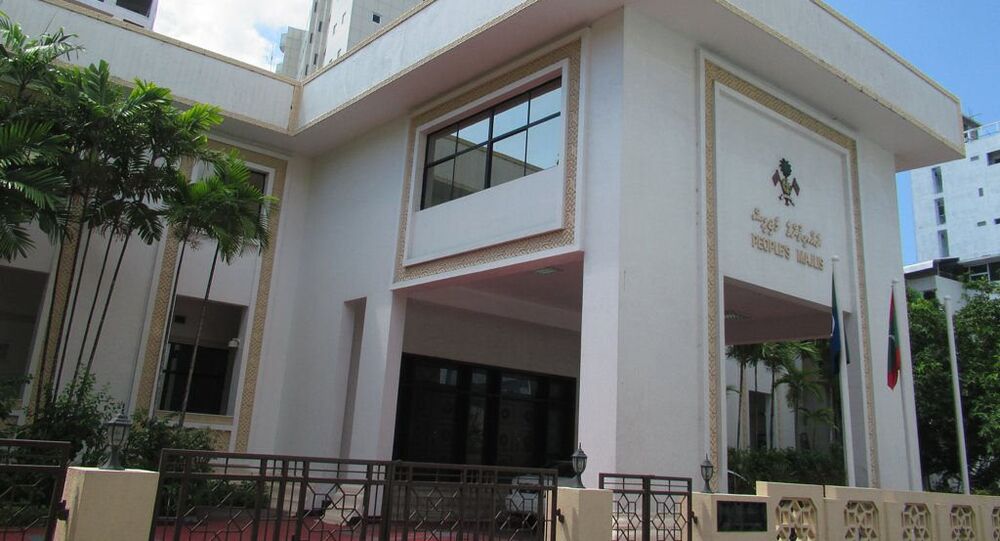 The crisis in the Maldives started earlier this week after the country's Supreme Court had ordered to release all opposition members.

Following rumors of a possible impeachment, the country's Attorney General Mohamed Anil said during a news conference that the president could be ousted only through a vote in parliament, and that police and security forces would not obey an impeachment order from an "illegitimate set of people."

© Sputnik / Irina Ryapolova
The Maldives' Gov't Explains Why It Severs Diplomatic Relations With Qatar
Earlier this week, the country's Supreme Court ordered to restore the seats of 12 lawmakers, who had left Yameen's party earlier, saying that the cases were politically motivated.

Due to the court's decision, the opposition gained the majority in Parliament and is now able to decide on the future of the country's president.

The Yameen government, however, refused to comply with court's decision and ordered the Maldives police to resist any attempt to either arrest or impeach the president.

On Saturday, the police detained two opposition member on their return from abroad. Both arrested — Ilham Ahmed and Abler Mohamed, were among the 12 parliamentarians reinstated by the Supreme Court.