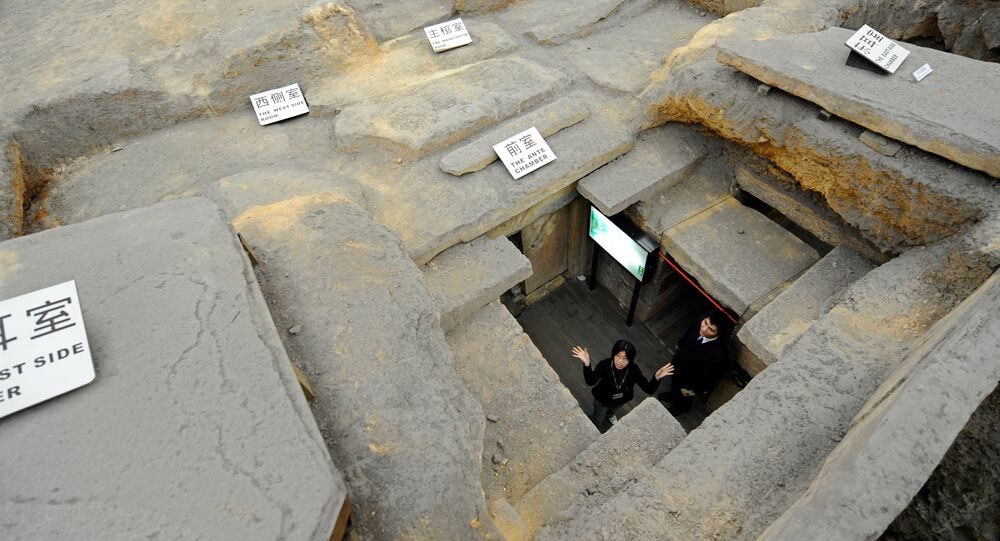 The latest discovery in a series that started couple years ago contained the remains of a woman and five children, as well as large numbers of artifacts from the Late Han Dynasty.

Chinese archeologists have discovered a 2,000-year-old tomb in the city of Nanchang. A woman and five children (the oldest was 14 years old, according to archeologists) were buried in a 4x4 meter tomb, but no trace of an adult male’s remains were found, which is strange according to Yang Jun, the head of the archeological team that discovered the burial place.

Although Yang’s team failed to find an explanation as to why there was no male body in the tomb, they did manage to determine the period it was built in, using the artifacts they uncovered there such as coins, textiles and vessels. The tomb dates back to the Late Han Dynasty (25 A.D. – 220 A.D.).

It was the latest find in a series of discoveries on the same site in Nanchang. Last year 11 more tombs were unearthed in that area. Earlier in 2015 archeologists found what they claim to be the most complete and best preserved Western (Early) Han Dynasty cemetery. The Han Dynasty is the second imperial dynasty of China and often referred to as the “Golden Age” as it was an age of economic prosperity.