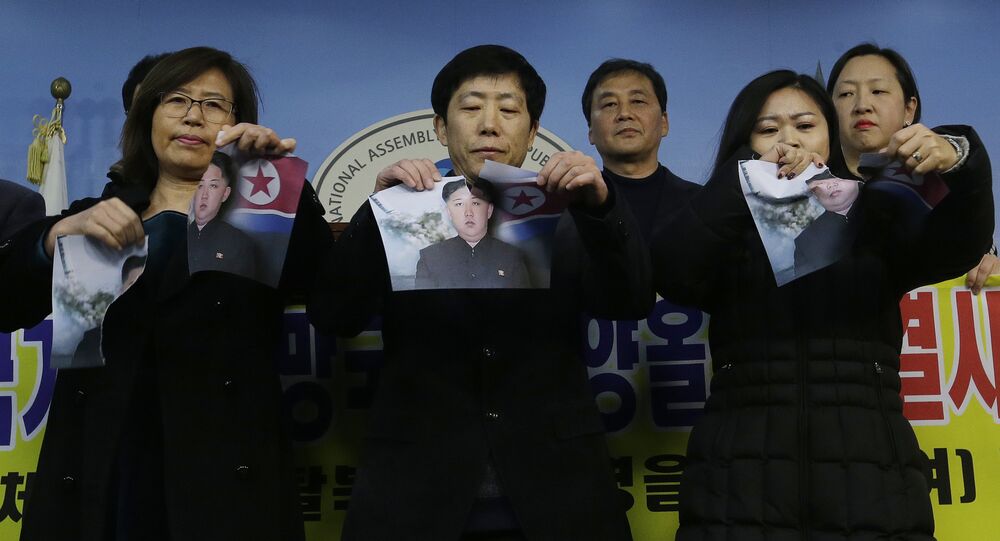 MOSCOW (Sputnik) - US President Donald Trump is going to meet with several defectors from North Korea in the White House later in the day in an attempt to underline Pyongyang's alleged violations of human rights, thus increasing pressure on the country's leader Kim Jong Un, the Washington Post newspaper reported Friday.

According to the media, the US president may meet with eight defectors, six of whom live in South Korea and two in the United States.

The publication noted that the meeting would be "a provocative action meant to highlight human rights violations and one that could raise alarms in Pyongyang."

The meeting is organized by Greg Scarlatoiu, a member of the Committee for Human Rights in North Korea, the publication reported, citing its source.

© AP Photo / U.S. Navy
US Envoy to North Korea: We Aren’t ‘Close’ to Military Option Against Pyongyang
The United States, the United Nations and human rights watchdogs have repeatedly accused the North Korean leadership of alleged human right violations. In mid-January, the US Department of State announced it would allocate $1.5 million in funding for programs supporting human rights in North Korea.

In August, when the situation on the Korean Peninsula became increasingly aggravated due to a series of missile launches and nuclear tests conducted by Pyongyang in violation of UN Security Council (UNSC) resolutions, Kim and Trump exchanged aggressive rhetoric. Kim threatened the United States with "physical action" after the UNSC passed US-drafted economic sanctions against his country. In turn, Trump warned that North Korea's threats against the United States would be met with "fire and fury." However, the two leaders steadied their nerves shortly thereafter.

A North Korean Offensive Nuke Strike Would Be ‘Suicidal’ - Seoul