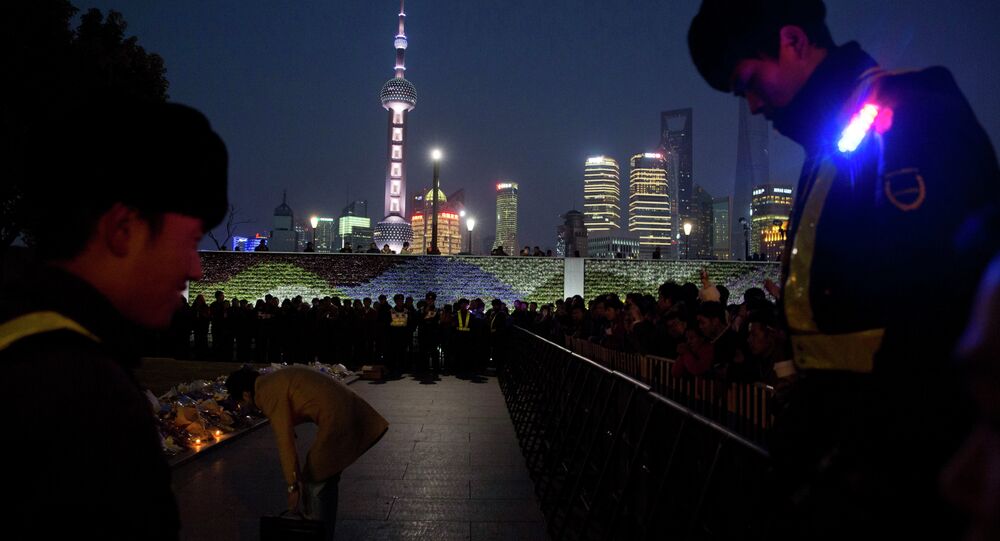 A car rammed into a crowd in a busy area of central Shanghai on Friday, injuring at least 18 people including three seriously, Chinese media reported.

A van drove into a crowd of pedestrians Friday outside a Starbucks cafe in Shanghai, Chinese media reported.

The Xinhua news agency said three people were in a serious condition after they were struck by the van at around 9 a.m. local time (1:00GMT). The van was carrying reportedly gas canisters and burst into flames after hitting the fence.

#BREAKING: A car plowed into pedestrians in downtown Shanghai Friday morning, leaving 18 hospitalized, 3 of them severely injured, local authorities say. Cause is still under investigation. pic.twitter.com/jhTaIYWFnd

Local media cited eyewitnesses as saying the vehicle was on fire as it drove onto the pavement. Some bystanders tried to break the windows of the van and drag out the passengers, including the driver.

#UPDATE: The minivan that hit pedestrians in front of a Starbucks store in Shanghai was carrying gas tanks and caught fire at time of the accident, witnesses say. The fire has been put out now. pic.twitter.com/A8sqk3m7F7

The fire had been reportedly extinguished and the official probe into the incident was underway. Local authorities did not suggest this was intentional. Moreover, Shanghai Law enforcement officials reported that the flame was allegedly caused by a 40-year-old driver who was smoking a cigarette inside the van.

However, the incident coincides with an official visit to the city of Shanghai by the UK Prime Minister Theresa May.