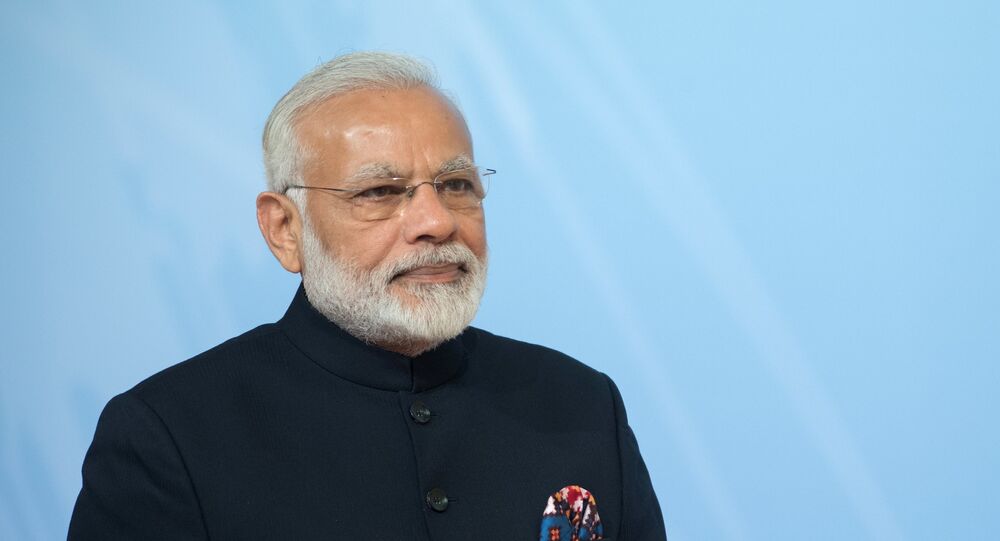 While the opposition parties termed the slight decline as public disapproval of Government policies, the ruling Bharatiya Janata Party (BJP) says that this marginal decline in ranking is not indicative of any major failures of the government.

New Delhi (Sputnik) — The Edelman Trust Barometer 2018 report shows that India continues to remain one among the top three countries where the public repose trust in institutions like the government, media, businesses, and NGOs. However, the country's slip to the third position with 68 points compared to its number one position with 72 points last year indicates a subtle but warning decline in the level of trust — a not-so-pleasant signal for the Narendra Modi-led government with the general elections due next year.

Global Trust Index, Country Ranking 2016 —2018 (cr & via: @EdelmanPR)
The trust index is an average of a country's trust in the institutions of government, business, media and NGOs.https://t.co/y6G7lyk7Mw pic.twitter.com/OX7QFm2DAU

"The government is losing its credibility. Demonetization and introduction of GST (goods and services tax) have been a failure of the government. There is distrust among youth as the government has failed to create employment opportunities. The situation of farmers is precarious. GDP growth forecast is dismal according to the economic survey," Randeep Surjewala, Congress Spokesperson told Sputnik.

However, the ruling party spokesperson contended that though India's overall trust rating across all institutions fell 13 percentage points, it remained in the 60 to 100-percentage band, indicating popular "trust" and that it is welcome news.

"The people of India have reposed their trust in government and Prime Minister Narendra Modi. It's a win for government's policies. In fact, despite our government's tough measures to curb black money and tax reforms, Indians have put faith in Prime Minister Modi and the government," BJP National Spokesperson, Sambit Patra told Sputnik.

© REUTERS / Ajay Verma
India Records Lowest GDP in Three Years, Opposition Blames it on Modi’s Drastic Measures
Similarly, public trust in Indian media platforms has also registered a slight decrease of 5 points but it still has the highest level of trust among the 28 countries that were surveyed by the Edelman Trust Barometer. Trust in NGOs declined by 3 percent as compared to last year but still remains the highest at 68 percent. At 74 points, trust in business also remains high.

The annual global trust index….. India under PM @narendramodi among top 3 nations where trust level in government remains high, with Indonesia and China ahead of it. These rankings reassures that citizen fully back Modi Ji in wake of tough reforms like demonetisation and GST

While China has moved to number one with a 27-point gain, more than any other country, the US has witnessed the steepest decline with a 37-point aggregate drop in trust across all institutions. Indonesia continues to retain the second position.