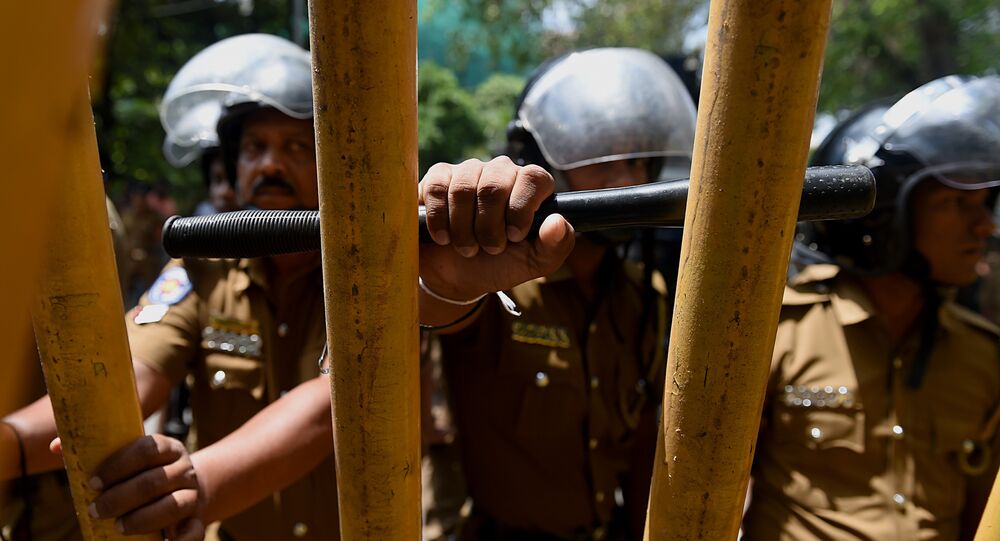 Human Rights Watch (HRW) has accused the Sri Lankan government of using their counterterror legislation as a shield to commit human rights abuses, including arbitrarily detaining and torturing suspects without charging them with a crime.

The bill in question is the Prevention of Terrorism Act (PTA), passed in 1979 and made permanent in 1982. The bill allows the police to detain anyone believed or suspected of unlawful activity for 18 months without charging them with a crime or indefinitely with permission from the Justice Ministry.

Colombo released figures in July 2017 that indicated that 70 prisoners have been held without being charged for more than five years, and 12 were held for more than 10 years.

The law also allows for severe punishments for anyone who associates with a "terrorist," a term not defined in the act. Failing to inform the police of the whereabouts of a "terrorist" carries a minimum five-year prison sentence, while giving them a place to stay for the night can be punished with 20 years in the slammer.

HRW published a 46-page report slamming Colombo for continuing to perpetuate the law, due to the numerous human rights abuses made possible through it. The report, entitled: "Locked Up Without Evidence: Abuses under Sri Lanka's Prevention of Terrorism Act," documents 17 alleged cases of torture, sexual abuse, forced confessions and denials of due process rights in India's Teardrop.

Eleven of the 17 cases involved torture, including beatings, rape, genital torture, electric shocks and cigarette burns. In July 2017, the UN special rapporteur on counterterrorism claimed 80 percent of those arrested under PTA were subjected to torture.

A Sri Lankan judge told HRW that he had to exclude confession evidence in 90 percent of cases he heard involving a PTA arrest because it had been extracted under duress.

The law also protects government officials from prosecution if they were deemed to have been acting in good faith or operating under orders from their superior.

From 1976 to 2009, Sri Lanka fought a civil war against a separatist group, the Liberation Tigers of Tamil Eelam (LTTE). The Liberation Tigers were Tamil separatists, fighting to establish their own state in the northeast of the country after repeated instances of anti-Tamil violence from the Sinhalese ethnic majority.

After decades of bitter fighting, the Colombo government captured the last strongholds of the LTTE in 2009 and declared victory. The PTA was passed as an emergency security measure against the LTTE, but almost nine years after the end of the civil war it remains in effect.

"The Sri Lankan government has been all talk and no action on repealing the reviled PTA," said Brad Adams, HRW Asia director. "Replacing this draconian counterterrorism law with one that meets international standards should be an urgent priority if the government is serious about protecting human rights."

Then-newly-elected president Maithripala Sirisena promised to reform their human rights record before the UN Human Rights Council in October 2015, but HRW has called this vow "all talk." The council's commissioner highlighted Sri Lanka's lack of progress in September 2017, accusing them of treating torture reform as a "box-ticking exercise."

Reportedly, the Sri Lankan Parliament has drafted new counterterror legislation to replace the PTA, but it has not been revealed to the public yet.