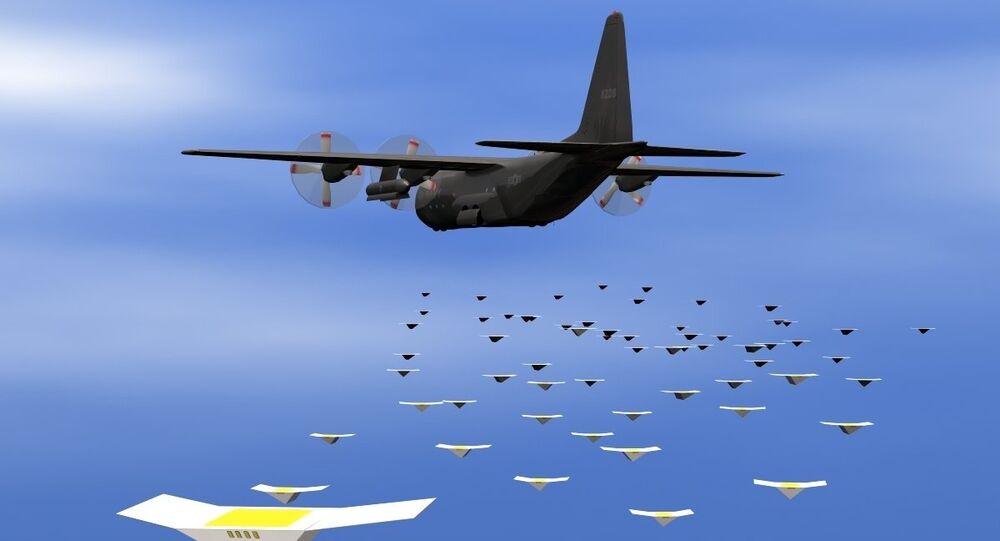 The combat drones with an autonomous decision-making process, capable of choosing targets and attacking them on the basis of intelligence data, are being developed by some countries and are expected to make a warfare revolution, according to the newspaper.

"There are countries that do not have, let's say, the ethical foundations upon which we seek to build and employ our military capability … Technology in and of itself can allow a range of systems, without a human in the loop, to be developed. That is possible now and it is possible into the future in more sophisticated ways," Campbell said.

© Photo : Russian Defense Ministry
Drones That Attacked Russian Bases in Syria Resemble Those in Service With US Military – Analyst
The official urged the international community to weigh potential threats of a new type of warfare before introducing it.

The concerns about the use of combat drones escalated following the attempt by terrorists to attack Russian military facilities in Syria on January 5-6. The Russian Defense Ministry said the fact that militants used such combat drones indicates they were given technologies that allow carrying out terrorist acts using similar unmanned aircraft in any country.