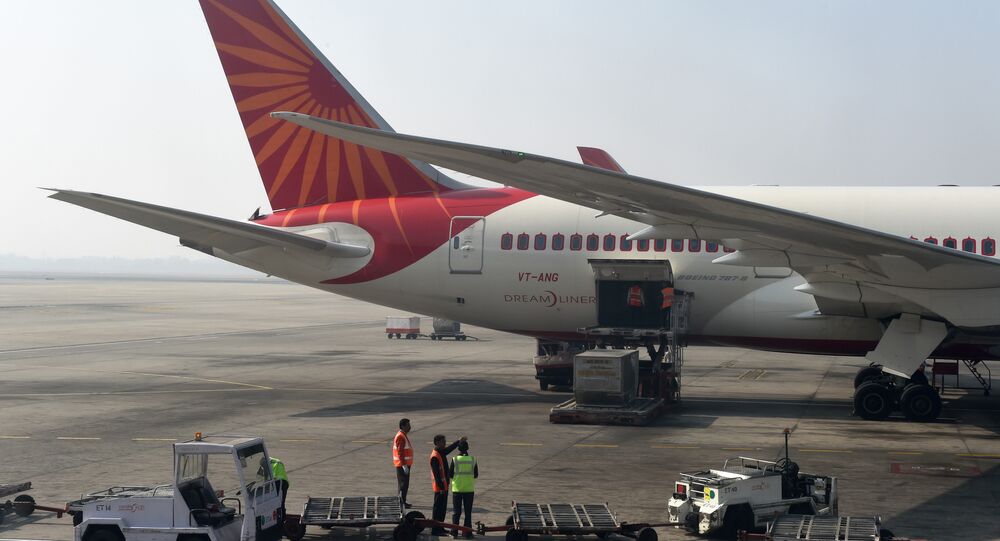 The arrested flight steward has reportedly confessed to having taken money from a person in Singapore who had tasked him with the responsibility of handing over the gold to an agent at a prominent hotel in New Delhi.

New Delhi (Sputnik) — A Singapore Airlines (SIA) crew member has been arrested by Indian police at the New Delhi airport for allegedly smuggling gold. The senior steward, believed to be Singaporean, was operating on flight SQ402 on Jan 22 when he was intercepted with 1048 gram gold from terminal 3 of the airport on arrival from Singapore. The gold was in the form of chain and bangles and the accused was reportedly wearing it under his uniform to avoid detection.

"The Officers of Air Customs Preventive IGI Airport, New Delhi, intercepted a Singapore national (crew member of Singapore Airlines) on January 22. He was carrying 1,048 grams of gold (one piece of yellow metal in the shape of chain weighing 749 grams and one piece yellow metal bar weighing 299 grams) that had been recovered," Anubha Sinha, joint commissioner of customs told the media.

​Preliminary investigations suggest that the crew member had intended to hand over the gold, worth about $49,100 to an agent at a prominent hotel in Delhi.

"The pax has admitted that he carried gold for the second time. During the last visit he had carried the same quantity of gold in the same manner and in the same form," Anubha Sinha added.

Earlier this month, customs officials at the same airport had arrested one female crew of Jet Airways on suspicion of involvement in a money laundering racket. The air hostess had reportedly confessed that she was carrying the dollar bills amounting $480,200 at the behest of a Delhi based bullion dealer who had contracted her for delivering the money to an overseas agent who would buy gold and smuggle it back to India.