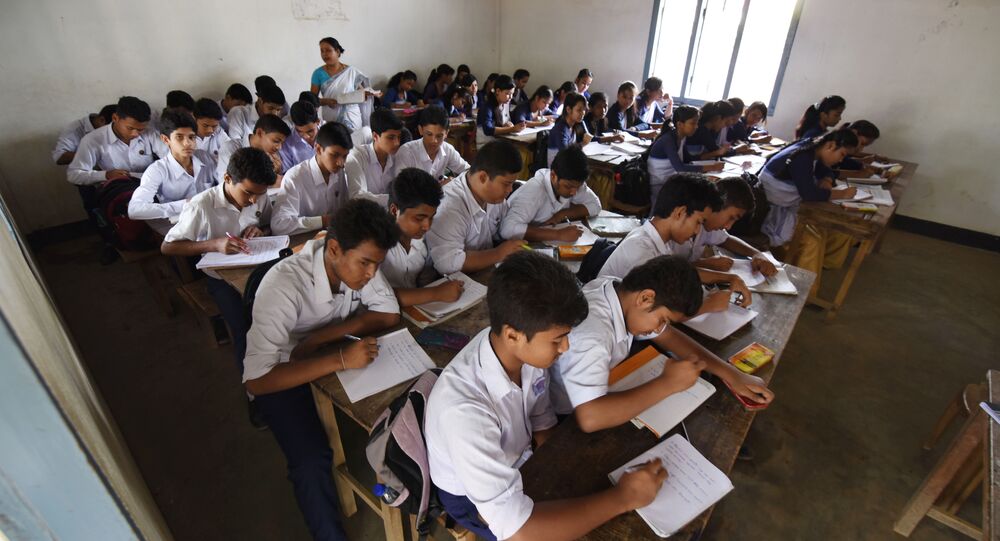 Indian scientists have discovered a cluster of cognition-related genes which, if impaired, may cause dyslexia. The find may result in earlier diagnoses and successful interventions in preventing the learning disability.

New Delhi (Sputnik) — According to a research paper published by EBioMedicine journal, Indian scientists led by Subrata Sinha and Nandini Chatterjee Singh of the National Brain Research Centre (NBRC) have chanced upon a strong correlation between certain variations in the gene cluster called protocadherin gamma and dyslexia after studying three generations of a multi-incident family in the western state of Maharashtra.

The scientists have identified 17 variations present at or adjacent to the protocadherin gamma (PCDHG) gene cluster that co-segregated with dominantly inherited dyslexia in the family.

"This is the first time that this cluster of genes is being implicated in dyslexia," Subrata Sinha told Sputnik.

Worldwide epidemiological data suggest that the prevalence of dyslexia is approximately 5-12%, while in India it is reported to be 9-11%. Earlier studies pointed to the likelihood of dyslexia being a collection of many different endophenotypes resulting in multiple molecular and cellular pathologies. However, the basic molecular underpinnings of this disability remain elusive.

"For a better understanding of the patho-physiology of reading (dis)ability, an effort to identify novel susceptible genes to the disorder, we have investigated the genetic basis of dyslexia inheritance in a three-generation family from a highly endogamous group from Western India," the research paper reads.

However, the scientists have clarified that they have yet to verify this discovery by testing a larger population.

"It is true that these genes that we have identified have been implicated in familial dyslexia. However, these dyslexia associated variations have been found in this particular family but need to be verified in large populations. Family-based inheritance studies help us in better identification of genes that influence disease inheritance in a complex manner," Subrata Sinha added.

© Photo : ESA/MPS/DLR/IDA
Russian Scientist Unravels Mystery of Dark Clouds on Venus
The study has confirmed that some of the dyslexia-associated genetic variations are those that were more common in the ancestors of humans. Seven of the 17 dyslexia associated variations of protocadherin G gene were present in most of the primate species, including gorillas, chimpanzees, and bonobos. Furthermore, six of them were found to be present in Neanderthals, as shown by a recently-sequenced Neanderthal genome.

"With the evolution of modern humans, other variations that were conducive to cognitive skills that facilitate better reading took over and now are present in a much higher percentage of human populations," the research paper says.

"Also, it does not mean that everyone with these variations will definitely get dyslexia. Dyslexia requires the interaction of multiple genes and also environmental factors to manifest," Subrata Sinha remarked.

The pool of scientists is now trying to develop dyslexia-screening tools in different Indian languages, as they are currently available only in English.

Indian scientist says Phobos will turn into a ring around Mars