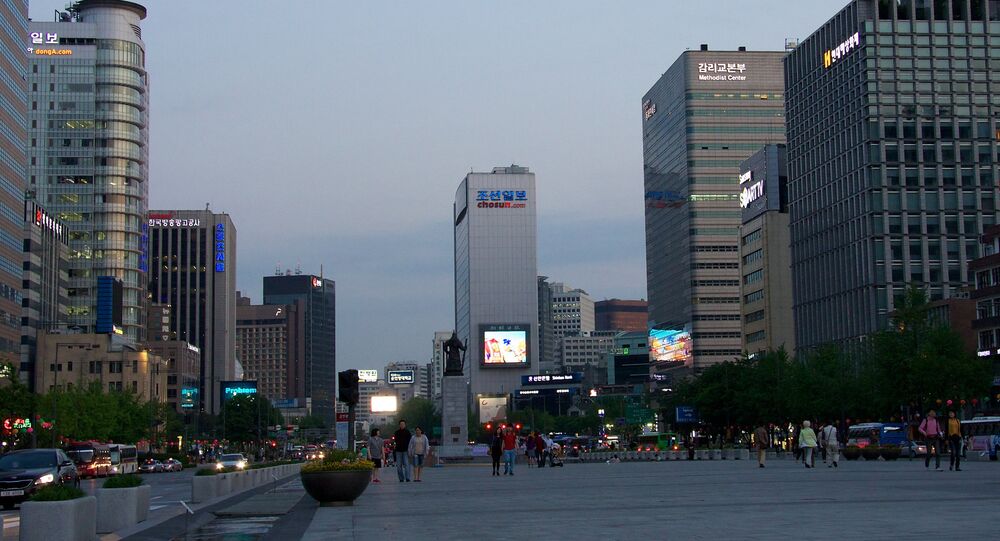 According to Yonhap news agency, the rally was organized by far-right South Korean Patriots Party in front of Seoul Station, when a North Korean delegation arrived there.

"The Pyeongchang Winter Olympics is turning into 'Kim Jong-un's Pyongyang Olympics' that effectively recognizes its nuclear armaments and propagates the North Korean regime," the party said as quoted by the media outlet.

​Seoul police intervened the rally and extinguished the flames, the publication said.

© REUTERS / Kim Hong-Ji
South and North Korea to Participate in Olympics Under Unified Flag - IOC
On Sunday, the North Korean delegation arrived in the eastern South Korean city of Gangneung as part of preparation for the upcoming art performances at the Pyeongchang Winter Olympics, which will take place from February 9 to February 25.

On January 9, Pyongyang and Seoul reached an agreement on the participation of North Korean athletes in the Olympics.

On Saturday, a four-party meeting between North, South Korea, the International Olympic Committee (IOC) and organizing committee of the 2018 Olympics took place in the Swiss city of Lausanne. The meeting was dedicated to North Korea's participation in the Winter Games.

The IOC later announced that the unified Olympic team of the two Korean states will take part in women's ice hockey, while athletes from North Korea will compete in figure skating, short track and skiing.