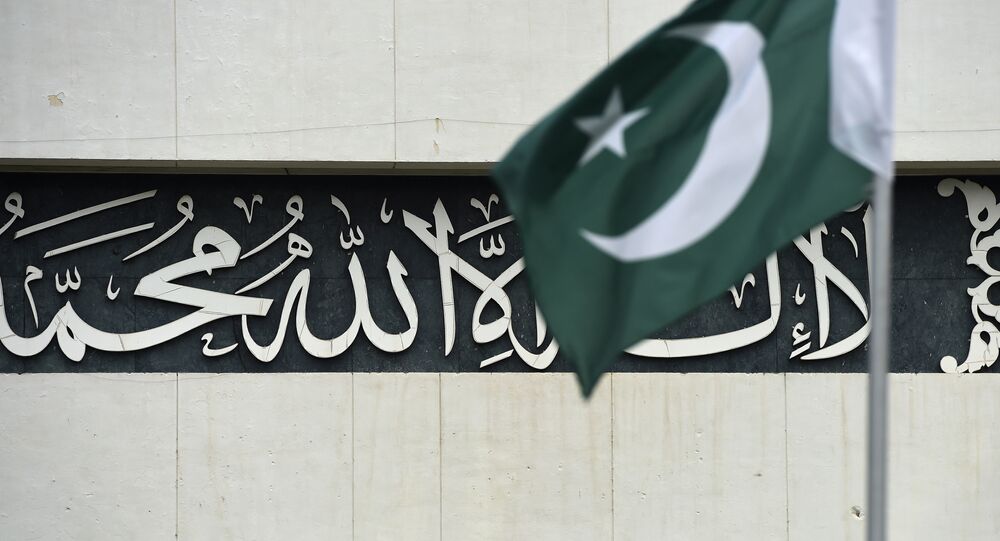 Pakistan announced on Friday that they would be closing Radio Mashaal, a Washington-funded radio station, as it broadcasts messages “against the interests of Pakistan” and acts as a “hostile intelligence agency.” Huh. Sounds kind of familiar.

The Pakistani Interior Ministry announced that they would shutter Radio Mashaal's Islamabad office on the recommendations of Inter-Services Intelligence (ISI), the powerful intelligence agency that fills the same role as the CIA, Defense Intelligence Agency (DIA) and National Security Agency (NSA) do in the United States.

ISI reported that Radio Mashaal portrays Pakistan as "a hub of terrorism" and "a failed state" that cannot protect its own people, particularly religious minorities and refugees from the endless war waged by the US in Afghanistan.

Radio Mashaal broadcasts on the radio and online in the Pashto language, a minority language spoken by over 30 million Pashtuns who live in Pakistan. Pashto is the national language of Afghanistan, with many speakers also found in the western and northwestern tribal areas of Pakistan near the Afghan border.

The station is part of the Radio Free Europe/Radio Liberty broadcasting network, which is funded by the US government. They air broadcasts throughout Eurasia, espousing a viewpoint aligned with that of Washington — which causes friction with nations that are opposed to US actions in some capacity, as are Afghanistan, Iran or Pakistan.

© REUTERS / Nikola Solic
Pakistan Responds to US, Suspending Military, Intelligence Cooperation With US

Islamist parties have accused Radio Mashaal of stirring up dissent with an anti-Pakistani bias to their reporting. In November, protests were held outside the station's Islamabad office when they covered a series of proposed administrative reforms that would grant greater rights to people in the tribal areas.

Radio Free Europe president Thomas Kent issued a statement claiming that he was "extraordinarily concerned by the closure" and "urgently seeking more information about the Pakistani authorities' intentions."

He added that Radio Mashaal was a "private news organization supported by the US Congress with no connection to the intelligence agencies of any country" and that he hoped "the situation will be resolved without delay."

Relations between Pakistan and the US have declined since August, when US President Donald Trump accused Islamabad of harboring militant and terrorist groups within their borders.

"The United States has foolishly given Pakistan more than 33 billion dollars in aid over the last 15 years and they have given us nothing but lies & deceit, thinking of our leaders as fools," Trump tweeted on January 1, following it up with a vow to withhold additional aid to Pakistan.

The Interior Ministry noted that the closure of Radio Mashaal's office was not in response to Trump's claims.

There is of course some irony in the US complaining about the closure of one of their state-owned media outlets operating in a foreign country, as the charges levied against Radio Mashaal closely mirror American allegations against Russian state-owned outlets such as RT and Sputnik International.

Both outlets have been ordered to register as foreign agencies by the US Justice Department, and in January the Senate threatened to levy the same charge against Chinese state-owned outlets such as Xinhua.