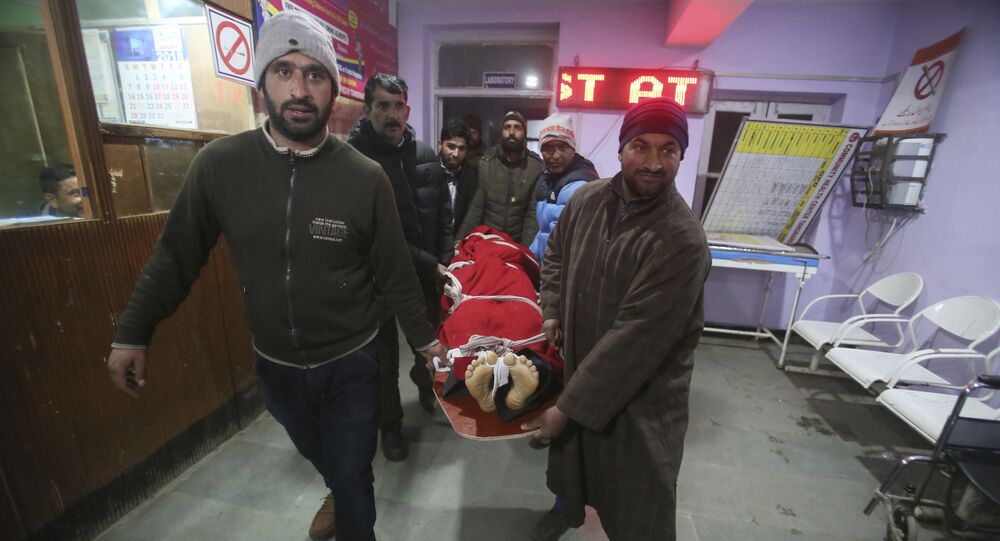 An avalanche has struck Affarwat peak of the Himalayas - a skiing destination visited by thousands of tourists each winter.

New Delhi (Sputnik) — A Swedish tourist was killed while another was rescued after an avalanche struck a Himalayan ski resort in the northern Kashmiri district of Baramulla on Thursday.

The victim has been identified as Daniel (25) from Sweden. Benjamin Asbers also from Sweden was rescued alive from under the avalanche that struck the Gondola cable car project on Affarwat peak.

"Two tourists came under the avalanche and one of them was declared brought dead by the hospital," Imtiaz Ahmed, a senior police official informed the media.

Jammu and Kashmir's former Chief Minister Omar Abdullah has blamed local authorities for the accident.  "How were these skiers allowed to ski off-piste considering that avalanche warnings had been issued 24 hours ago?" Abdullah asked.

Very unfortunate. How were these skiers allowed to ski off piste considering that avalanche warnings had been issued 24 hours ago? https://t.co/zJ7foxCLDj

The Snow and Avalanche Study Establishment (SASE) had issued a"‘low danger" warning for some avalanche prone areas like Bandipora, Ganderbal and Kupwara districts of Jammu and Kashmir.