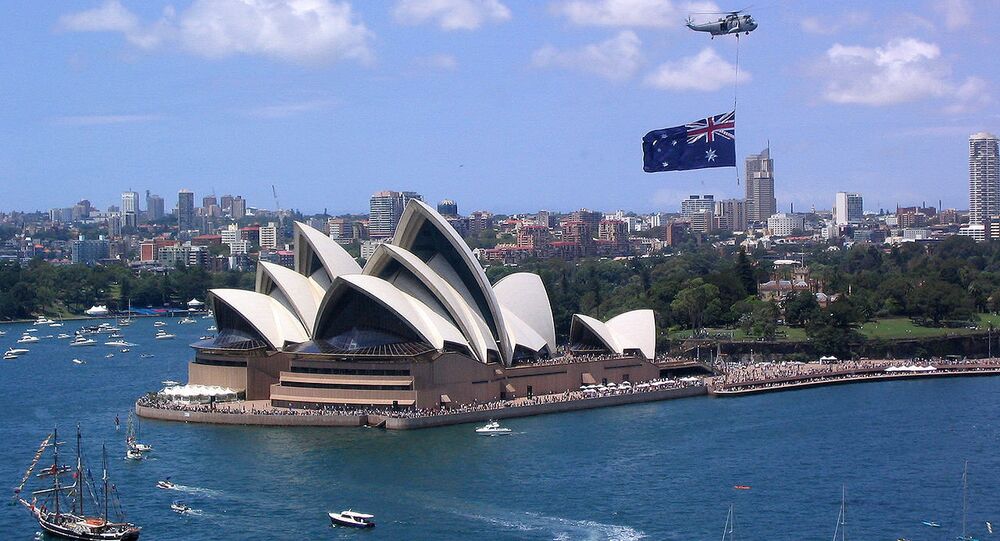 Assistant Immigration Minister Alex Hawke says he has not come across a "reasonable argument" to support changing the date of Australia Day, saying the national day should not be moved due to "some elements of our history that we’re not proud of." Just to note, the debate is well over 80 years old.

He outright rejected the suggestion that 26 January was just the anniversary of white people’s arrival, because "I don’t think in that way and I don’t think of identifying people by their race," the Quardian cited him as saying.

He said the date change campaign was fueled by Australia’s Green party and could be not be regarded as the expression of the people’s will.

"I think if we did not have the Greens pushing that agenda, we would literally be hearing very little about this," he said.

What I find disgusting is Di Natalie and his gang greens using the Australia day debate to divide Australians and try to win votes. FAKE COMPASSION.

Hawke stressed moving Australia Day from January 26, the day the first fleet of convicts, escorted by the British navy, sailed into what was later called Sydney Cove, would be a denial of history, and the date boils down to not just the first white colonists’ arrival at the area, but the start of the Australian nation at large.

"It wasn’t an invasion, a planned invasion, it was colonization by Britain," Hawke said. "It had implications for Aboriginal Australians, there’s no doubt about it."

There is no strict data on how many natives fell in clashes with newcomers, but according to a conservative estimate by historian Henry Reynolds, roughly 20,000 did. This and other examples of mistreatment compelled Australia to establish National Sorry Day in 1998, which is observed in the country annually, on May 26th.

Hawke’s comments came as the Greens' leader, Richard Di Natale, encouraged his fellow party members in local councils to push for changing the date. Prime Minister Malcolm Turnbull backlashed with a video, in which he said he was "disappointed by those who want to change the date of Australia Day."

A lot of politicians, businessmen, as well as common netizens have weighed in on what's become a traditional annual debate over Australia Day, most calling on the public not to rewrite the country’s history. One of them is Pauline Lee Hanson, founder and leader of Pauline Hanson's One Nation Party. She wrote on Facebook:

Turnbull can’t have it both ways. Says we should debate history but not deny it. But he keeps saying that Australia Day shouldn’t be changed and wants to shut down debate. #auspol #abcnews24

#summeredition
Do not even go to a discussion on which other day would suit.
Australia Day is 26th January.
Why do we need to debate something stirred up by trouble makers.
The Greens only represent their own divisive agenda.

Opposition to celebrating the nation’s day on January 26 can be traced back to the Aboriginal and Torres Strait Islander community and the late 19th century. The first formal protest was a national day of mourning in Sydney in 1938, 54 years before the Australian Greens were founded.

In 2017, thousands of Australians took to the streets in 'Invasion Day' rallies.

In the meantime, a nationwide survey of 65,000 people found that 60% of the general public supported changing the date.