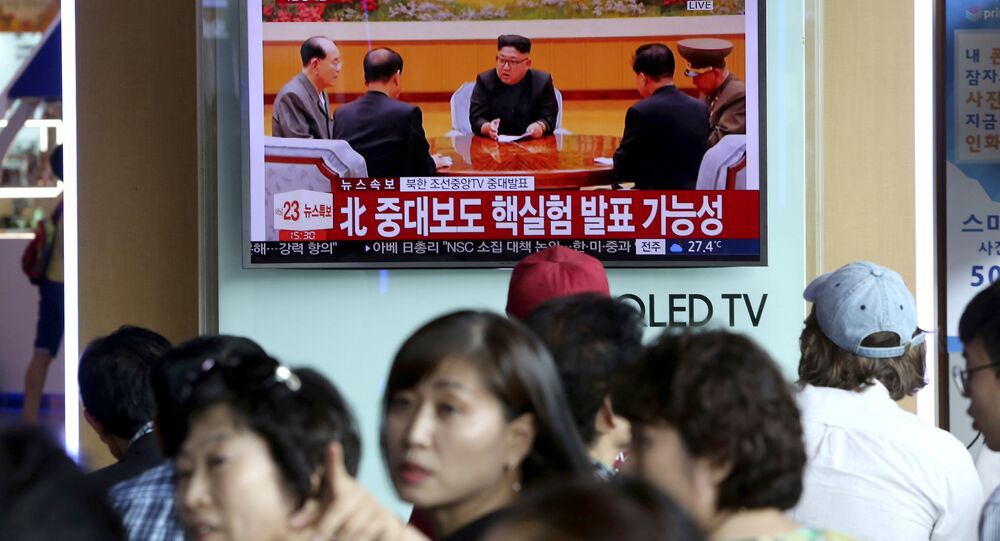 TOKYO (Sputnik) - The Japanese government has started working out a plan of evacuation of compatriots, as well as of the US citizens from South Korea by sea in case of potential attack conducted by North Korea, local media reported Tuesday.

The Yomiuri Shimbun newspaper reported citing own sources that the plan implied evacuation of people from South Korea to the Japanese island of Tsushima and later to Kyushu.

The plan could be implemented if the airport of Seoul is blocked or unable to operate after an emergency situation, the newspaper added.

© REUTERS / KCNA
Japan Reportedly Mulls Over Four Possible Scenarios of War on Korean Peninsula
According to the media outlet, the Japanese government has also taken into consideration the fact that South Korea prohibits the ships of the Japan Maritime Self-Defense Force (MSDF) to enter its port, so the Japanese sailors could use the US ships for transportation of people to the MSDF ships before sending them to Tsushima.