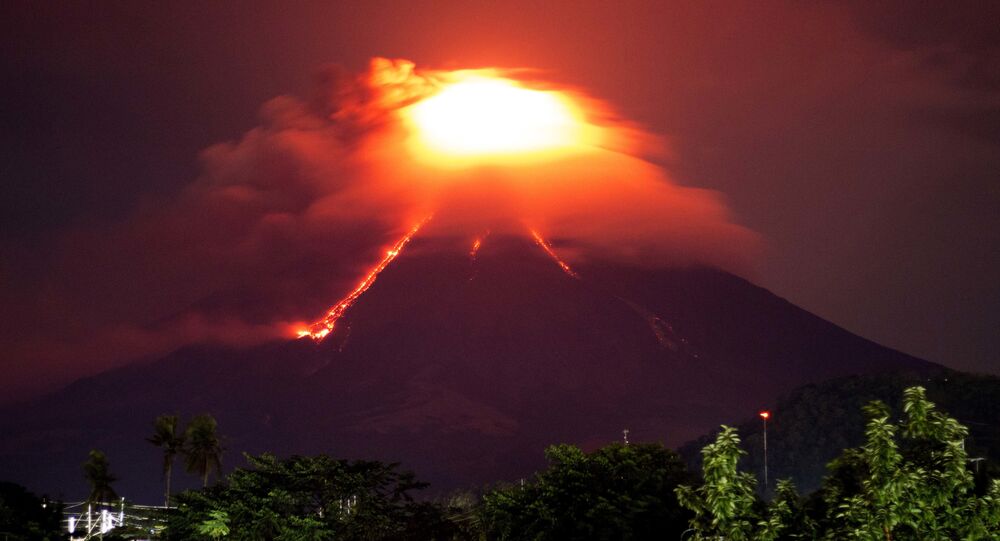 Mass Evacuations in Philippines as Volcano Set to Burst

Mount Mayon, the most active volcano in The Philippines, lurched back into action on Monday as lava slowly rose to the lip of the crater, prompting officials to order the evacuation of thousands.

Located in the Albay province in the northeastern region of the island archipelago, a "hazardous eruption" warning has been issued by the Philippine Institute of Volcanology and Seismology due to overnight movements of the volcano, indicating the possibility of a violent eruption within days or even hours, according to reports.

According to local news, three steam-explosions have been recorded since Saturday, spewing ash onto villages clustered around the 8,070-foot volcano. The explosions are expected to have breached a solidified lava cap, indicating the potential for dangerous pyroclastic lava flows down the mountain side.

"Lava has flowed out of the volcano's crater already but it's just starting," stated volcanology institute head Renato Solidum, cited by Abcnews.go.com.

"It's a non-explosive eruption," Solidum detailed, adding, " "We have to verify tomorrow if it will flow continuously," cited by The Associated Press.

An estimated 1,000 families have been evacuated to emergency facilities by Filipino disaster-response teams after the volcano began spewing steam and ash on Saturday, according to reports.

Popular with tourists due to its near-perfect cone, Mount Mayon — about 210 miles southeast of capital city Manila — has erupted some 50 times over the last half millennia, often with extreme violence.

More recently, the volcano erupted without warning in May 2013, and three German hikers were among five tourists killed by hot ash and other ejecta.

LOOK: Mayon is acting up again. Here's the state of the majestic volcano as of 6:38 a.m.

Once in a Life Time: Tourists Get Creative With Pics at Bali's Erupting Volcano