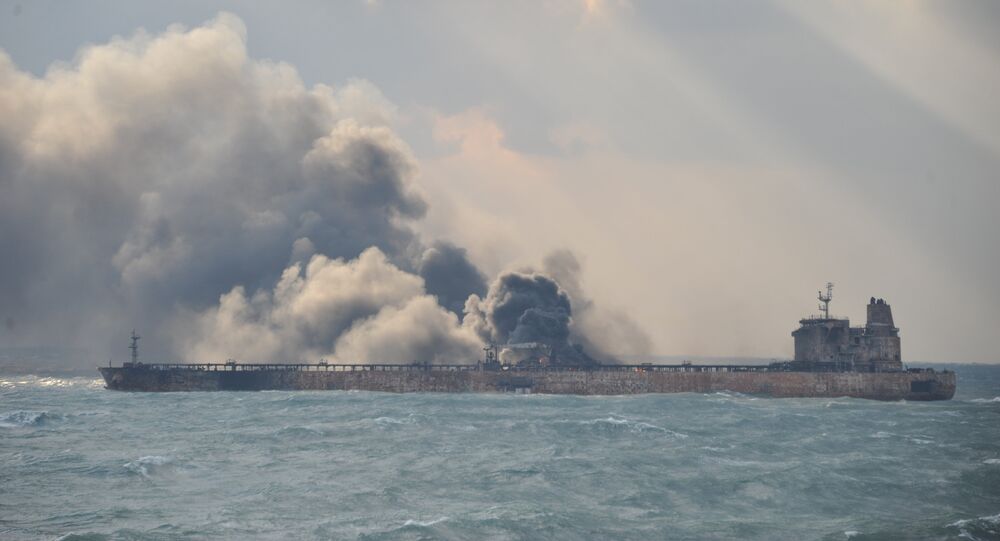 BEIJING (Sputnik) - The bodies of two more crew members of the Iranian oil tanker that has been on fire since colliding with Hong Kong's cargo ship in the East China Sea last week were found during the rescue operation, China Central Television reported on Saturday.

According to the broadcaster, the rescue ship approached the burning tanker's stern on Saturday morning and four divers began the search works. They found the vessel's black boxes and attempted to enter the tanker's crew quarters, however, they did not manage to do that due to the heat, the broadcaster reported.

As many as 13 vessels are currently engaged in the rescue operation, including two Japanese ships and one South Korean vessel, the news outlet added.

A search-and-rescue operation has been launched to find the missing crew of the tanker. Meanwhile, all 21 crew members of the Hong Kong cargo ship have been rescued.

China has sent salvage ships and vessels to eliminate the fuel spill, while South Korea has sent a vessel and a helicopter to search for missing sailors. The Unites States has sent a P-8 Poseidon anti-submarine aircraft.

Three days later, rescuers found the body of a sailor from the Iranian tanker, which partially exploded.