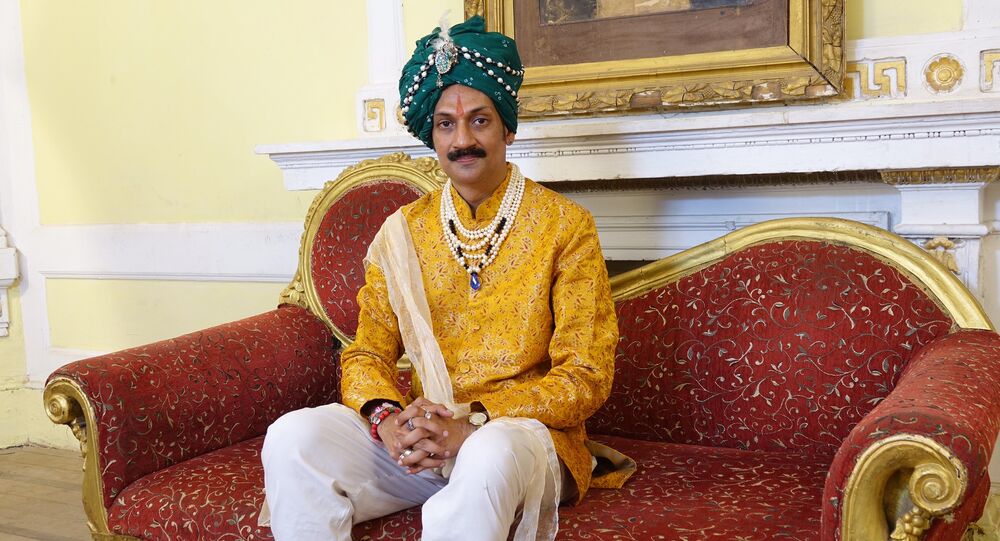 Prince Manvendra Singh Gohil, 52, was disowned by the erstwhile royal family of Rajpipla in Gujarat for opening up about his sexual orientation. He now wants to protect and educate LGBT outcasts so that they can live without fear and earn a livelihood.

New Delhi (Sputnik) — An Indian prince who recently came out of the closet and declared himself "gay" has decided to throw open his palace for the lesbian, gay, bisexual and transgender (LGBT) community of the country.

Manvendra Singh Gohil who is considered India's only openly gay prince has announced that he will develop his palace into a retreat for Indians who "are shunned for their sexuality."

Just found out about Indias first openly gay Prince, Manvendra Singh Gohil, he runs a charity (the Lakshya Trust) which works with the LGBT community and even opened up his palace to vulnerable LGBT people. My heart has officially melted. pic.twitter.com/1IGjxPbycz

"People still face a lot of pressure from their families when they come out, being forced to marry, or thrown out of their homes. They often have nowhere to go, no means to support themselves," Gohil told a news agency.

Gohil said he will offer rooms in his palace, medical facilities, and training in the English language and vocational skills to help the LGBT community find jobs and earn a living.

"I am not going to have children, so I thought, why not use this space for a good purpose?" Gohil added while talking to the agency.

Gohil has set up a foundation called the Lakshya Trust to raise funds to help the LGBT community.

"What Gohil is doing is a service to the community which needs the most attention. The LGBT community is looked down on in Indian society and today we are happy that a gay prince is helping us organize ourselves and take care of ourselves without depending on any authorities," Lakshmi Selin, an LGBT activist and a transgender community leader in Delhi told Sputnik.

Gohil has been a strong opponent of the age-old Indian laws that criminalize same-sex relationships. In 2013, India's apex court had overturned a lower court's verdict that set aside a law framed in 1860 and decriminalized consensual sex among adult homosexuals. However, earlier this week, the apex court declared it would be reconsidering its earlier verdict — a decision that was applauded by the LGBT community and human rights activists.