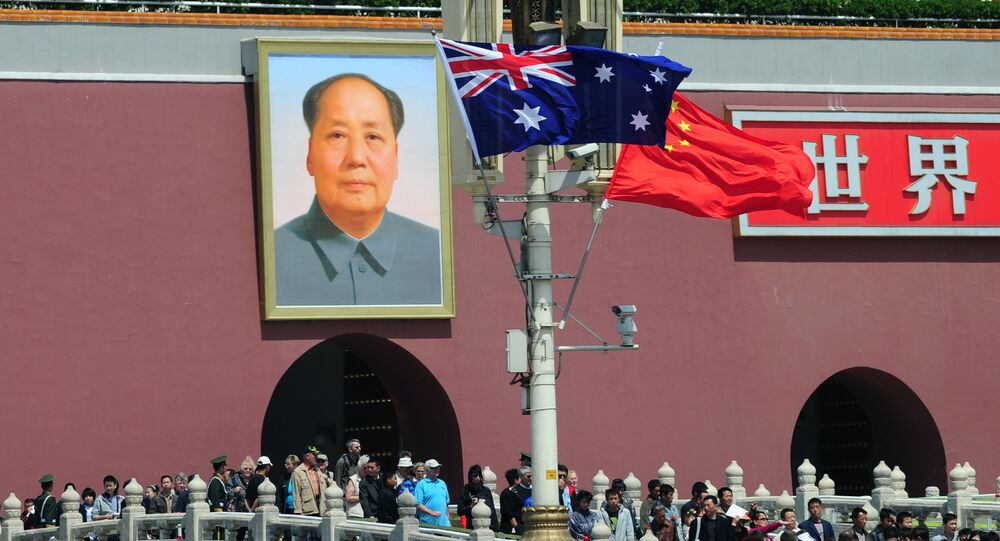 Tensions have been on the rise between Beijing and Canberra in recent months. The Australian government has criticized the Chinese aid program in the Pacific due to concerns over China’s growing influence in the region.

China has lodged a formal protest over the Australian Government’s criticism of Beijing’s infrastructure construction program in the Pacific.

In an earlier interview with Australian media, Minister for International Development Concetta Fierravanti-Wells said that China has been providing loans to Pacific nations on unfavorable terms, accusing Beijing of funding "roads to nowhere" and "useless buildings."

Chinese Foreign Ministry spokesman Lu Kang rebuked the remarks, saying they "show scant regard for the facts and are nothing but irresponsible."

"The Chinese side has lodged representations with the Australian Government on this," Lu said at a press conference on Wednesday.

Unlike Fierravanti-Wells, Australian Foreign Minister Julie Bishop has used more restrained language when discussing the issue, saying that Canberra "welcomes" investment in the development of the Pacific nations, but which does not impose "onerous debt burdens" on regional governments. The diplomat added that Australia works with its partners in the region, including China, in an attempt to "eliminate poverty."

The spat comes a month after the Australian Government said China’s influence in the Pacific was the reason to introduce a crackdown on interference by foreign nations. Australia will "stand up" against meddling in its domestic affairs, Prime Minister Malcolm Turnbull said in December.

Beijing is the country’s largest trading partner and its biggest source of foreign political funds. In June 2017, annual turnover between the two nations reached $123 billion. According to Bloomberg, Chinese demand for iron ore and coal has helped maintain Australia’s 26-year period of recession-free growth, making friendly ties between Beijing and Canberra a crucial matter.

Estimates from the Lowy Institute show that China has spent over $2.3 billion in aid to the Pacific since 2016.

Australian officials have said that some Pacific countries are taking on an unaffordable debt burden and Beijing is expanding its influence in the region by funding such projects, a claim China has denied.

"The facts have proven that the assistance provided by China has significantly fueled the economic and social development of these countries and delivered tangible benefits to the local people, which has been warmly welcomed by the governments and people of these countries," Chinese Foreign Ministry spokesman Lu Kang said Wednesday.

He added, "We hope that certain people in Australia should engage in self-reflection instead of pointing fingers at and making irresponsible remarks about other countries."