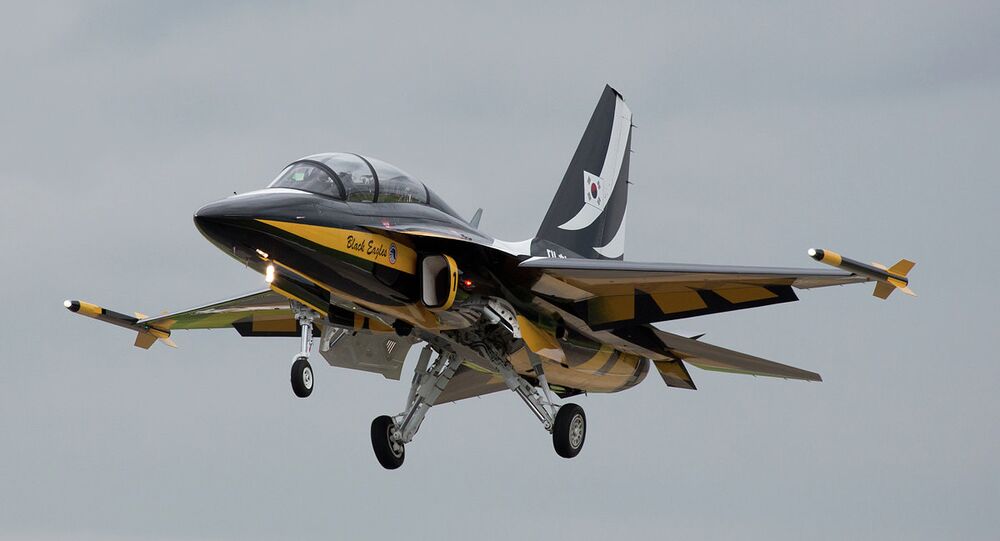 The modernization of Bangkok's air force officially kicked off this week, in spite of lingering challenges and budget constraints, with two of the first batch of four T-50s reportedly leaving Seoul for Bangkok. The jets are set to replace the soon-to-be-decommissioned Aero L-39 Albatros trainers, which the Royal Thai Air Force (RTAF) has been using for the last two decades and which come with high maintenance costs.

"It will only bring more damage if we provide insufficient training [to pilots]," Chan-ocha said, as cited by Thai daily newspaper The Nation. He added that the deal was proof that Thailand was not "bound by any party when it comes to hardware purchase," referencing remarks made after Bangkok's purchase of three Chinese submarines in April.

© Sputnik / Shahnewaz Khan
Myanmar Observers Invited to US-Thailand Military Drills Despite Rohingya Issue
The T-50 Golden Eagle is an advanced jet trainer developed and manufactured by KAI, powered by one General Electric F404 afterburning turbofan and featuring a maximum speed of Mach 1.5 and a service ceiling of 14,000 m.

In addition to supplying Thailand, KAI has delivered an order of 12 FA-50-variant aircraft ordered by the Philippines, 16 T-50 aircraft to Indonesia and six of a total order of 24 FA-50s to Iraq. Since 2011, the manufacturer has exported 64 T-50s worth around $2.9 billion and is pushing for exports in other markets as well.