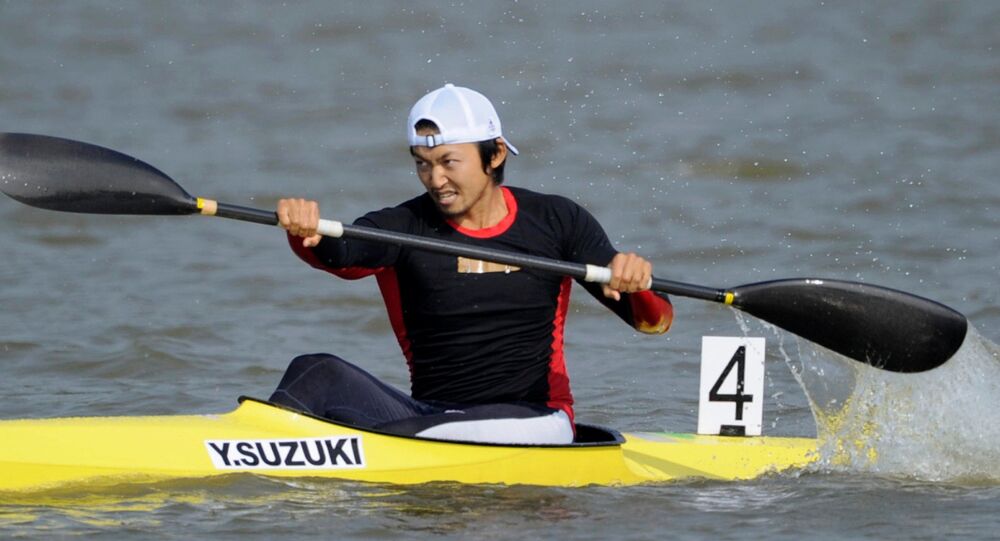 On Tuesday, the Japan Anti-Doping Agency (JADA) announced that Yasuhiro Suzuki, a Japanese kayaker, would be banned from competition for eight years after lacing a rival's drink with anabolic steroids so that he would fail a doping test.

According to Suzuki, it was his desperation to compete in the 2020 Tokyo Olympics that drove him to commit the crime against rival Seiji Komatsu at the September 2016 national championship.

"I wanted to be in the kayak four in the Tokyo Olympic Games, but I was ranked fifth with a younger kayaker higher than me," Japanese news outlet Asahi Shimbun reported Suzuki saying. "If this continued, I knew I would fail to qualify for the Olympics so I put in [the banned drug]."

Though Komatsu was suspended after failing the drug test, his repeated denials of ever taking steroids ultimately prompted officials from the Japan Canoe Federation (JCF) to launch an investigation into the matter, Japanese outlet NHK reported.

After investigating the issue, officials found out that Suzuki had spiked Komatsu's water bottle with methandienone, a banned substance. The 32-year-old kayaker later came forward and confessed to his wrongdoing after being racked with guilt.

"Instead of working hard, I committed misconduct as an athlete and, further, as a member of society," Suzuki said in a statement released by his lawyer.

But eight years wasn't enough for everyone. A day later, on Wednesday, it was announced that Suzuki will also face a lifetime ban from the JCF.

Komatsu's suspension was lifted and his records that were stripped were restored.

"At first I couldn't believe this kind of thing would happen in Japan," Komatsu told Reuters. "Until Mr. Suzuki confessed, I was in a bad mental state. I began to feel hopeless about [competing at] the Tokyo Olympics, that it was impossible."

The JCF investigation also revealed that Suzuki had on several occasions attempted to sabotage fellow kayakers by stealing their equipment, Reuters reported.

According to JADA, this is the first case in which an athlete failed a doping test because of "deliberate contamination."