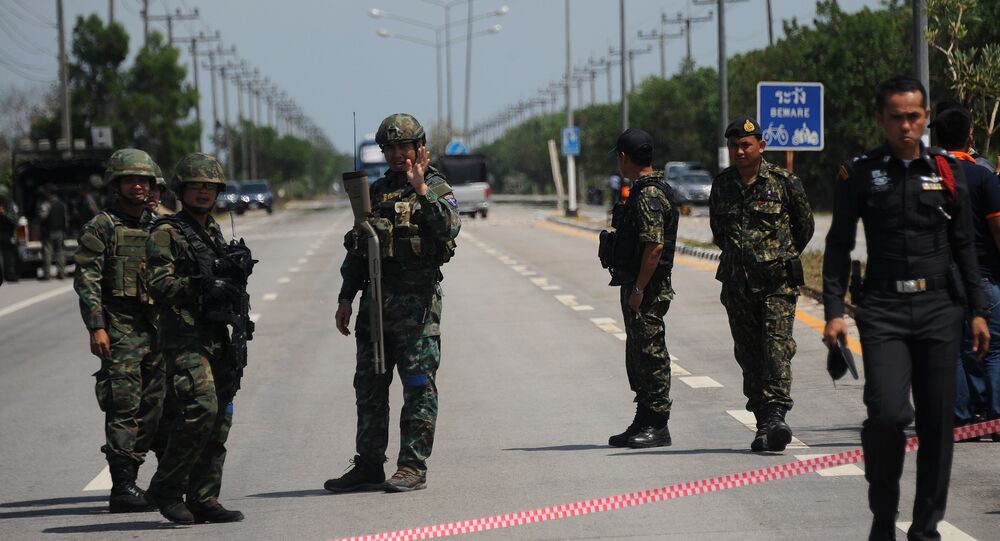 BANGKOK (Sputnik) - At least six soldiers of a voluntary brigade of Thai security forces were injured in a roadside bomb explosion on Wednesday morning, the national Channel 3 reported.

The soldiers were patrolling a local road by a pickup truck in the Nong Chik district near a school, when an explosive device, laid under the roadbed, was remotely blown up, according to the national channel.

The servicemen have received injuries of various degree and were taken to a nearby hospital for medical assistance.

Investigators suggest that the bomb was laid and blown up by militants of one of the separatist organizations operating in southern Thailand's provinces — Pattani, Narathiwat and Yala.

READ MORE: Malaysia Keeps Terrorism From Brewing Into a Firestorm

In May 2017, the Muang district of the Pattani province was hit by a double explosion, which resulted in 59 people injured.

Previously these territories were part of the semi-independent Muslim sultanate Pattani, but at the beginning of the 20th century, as a result of a series of treaties between the kingdom of Siam (now Thailand) and British Malaya (now Malaysia), they became part of Siam (Thailand) with a predominantly Buddhist population. However, separatist movements have repeatedly arisen in this region populated by Muslim Malaysians.

The region has been engulfed with the escalated violence since 2000, when several groups of Muslim militants have demanded autonomy for the region or complete secession from Thailand. The turmoil has claimed lives of about 6,500 people, with the majority of them being civilians. In 2004, a state of emergency was declared in the area.