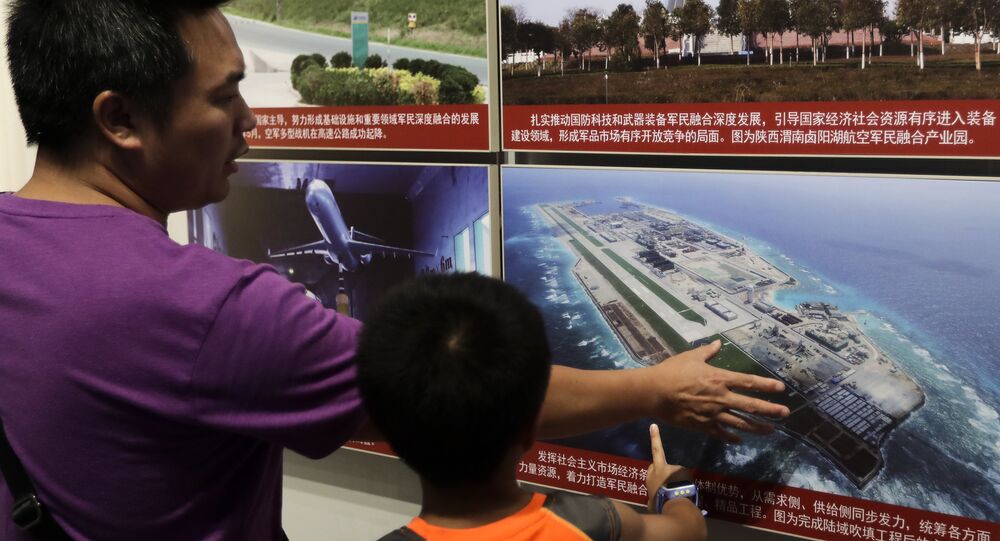 The Philippines will file a formal diplomatic protest with China, which, according to Manila, violates an earlier promise not to militarize artificial islands in the South China Sea, according to media reports.

"The Chinese government said some time ago that they were not going to militarize those reclaimed islands," Philippine Defence Secretary Delfin Lorenzana told reporters, adding that the protest would be made through the foreign ministry.

"If it turns out to be true and we can prove this by deploying servicemen and even weapons systems, this will be a violation of what they said before," he stressed.

Fiery Cross reef in the South China Sea was occupied by China in 1988. This caused further clashes with Vietnam, when in January 1988 some Vietnamese ships with building materials tried to approach the reef in an attempt to create structures there. In 2014 Beijing started reclamation activity in the area and later it has been converted into an artificial island.

Another round of aggravation of relations was caused by the demonstration on December 30, 2017, of an aerial survey of the Fire Cross reef, on which something similar to a Chinese Air Force base was visible.

SCMP: Philippines to lodge protest over apparent Chinese airbase in South China Sea — The Philippines will make a diplomatic protest to China, which it described as reneging on a promise not to militarise artificial islands in the busy South China Sea… https://t.co/gvwjHy1JF4

The Philippines will make a diplomatic protest to China, which it described as reneging on a promise not to militarize artificial islands in the busy South China Sea waterway, the southeast Asian nation's defense minister said on Monday.

A number of countries in the region including the Philippines and China are participating in a territorial dispute in the South China Sea. Nevertheless, with the arrival of the new president of the Philippines Rodrigo Dutertra, relations between the two countries have warmed. Manila refused to sharply criticize Beijing in exchange for investment and trading opportunities.

S China Sea: 'Arena for Strategic Competition Between China and US' - Professor