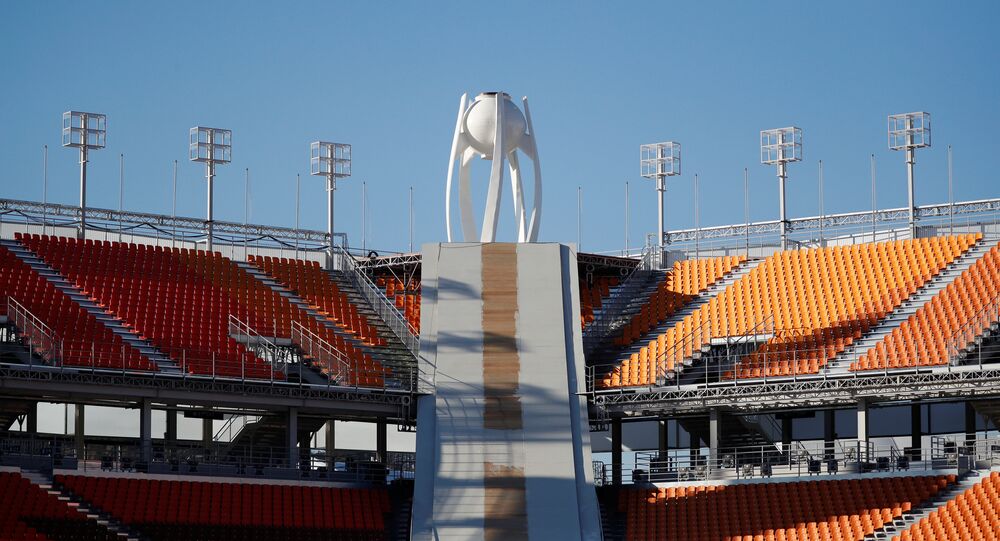 Pyongyang said that it has plans to send a delegation to the Winter Olympics in the South Korean city of Pyeongchang to cheer on the team, according to local media.

North Korea is ready to send a high-level delegation and representatives of the National Olympic Committee to South Korea for the Olympic Games in Pyeongchang, local media reported Tuesday.

According to Yonhap News Agency, the North Korean delegation led by Ri Son Gwon, chairman of the Committee for the Peaceful Reunification of Korea, also proposed to send groups of fans, musicians, taekwondo demonstration teams and journalists to Pyeongchang.

The North Korean delegation is participating in negotiations with South Korea at the ministerial level on ways to improve relations and the possible participation of North Korean athletes in the Olympics in Pyeongchang, local media reported Tuesday.

© Photo : Driedprawns
Seoul-Pyongyang Talks on Participation of North Korea in Olympic Games Kick Off
South Korea invited Pyongyang to hold meetings of relatives separated as a result of the nation's split on the occasion of the New Year according to the lunar calendar (February 15), local media reported on Tuesday.

Seoul invited Pyongyang to resume negotiations on a peaceful settlement to the current standoff, including the denuclearization of the Korean peninsula, as soon as possible, the head of the South Korean delegation said Tuesday.

Seoul offered the North Koreans the military talks to prevent accidental clashes, expressed the position that it is necessary to resume the dialogue on a peaceful settlement, including de-nuclearization, as soon as possible, Unification Minister Cho Myoung-gyon was quoted by Yonhap News Agency as saying.

The two delegations, led by North Korean chairman of the Committee for the Peaceful Reunification of Korea and the South Korean Unification Minister, met in the so-called Peace House in the demilitarized zone at the border village of Panmunjom, where representatives of the two countries have repeatedly held negotiations in the past.