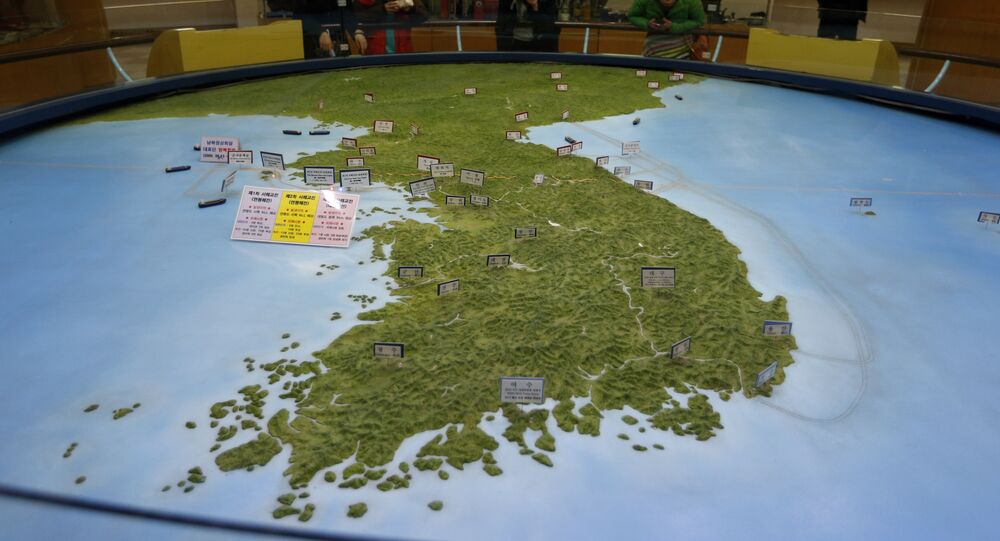 WASHINGTON (Sputnik) - The recent initiative by North Korea to resume dialogue with South Korea may be the beginning of the end of the crisis on the Korean Peninsula, UN Security Council President for the month of January Kairat Umarov said during a briefing on Monday.

"The [crisis] could be ended very easily if there is a political will and if there is a confidence among the leaders that they can achieve a result," Umarov said.

"This latest example that North Korea is kind of extending its arm to South Korea saying ‘We send our Olympic team,’ I think it’s a very good example that this is the beginning of that process."

On Friday, the two countries agreed to hold their first official talks in more than two years on Tuesday in the village of Panmunjom, while on Saturday, South Korea proposed sending a five-member delegation led by Unification Minister Cho Myoung-gyon.

Aside from discussing the Korean Peninsula, Umarov highlighted the UN Security Council priorities for January, which include non-proliferation of weapons of mass destruction through confidence building measures; Afghanistan; Central Asia and the Middle East.