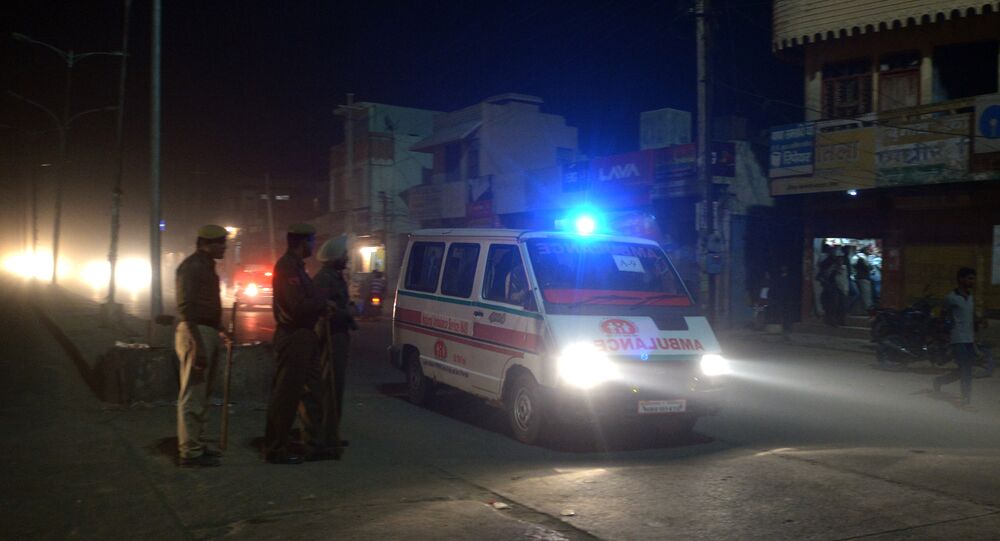 A preliminary investigation suggests that the owner of Kailash Bar and Restaurant, located on the ground floor of the Kumbaara Sangha building in India’s IT hub Bengaluru, had flouted safety rules including with respect to the construction of fire exits.The owner is on the run in the wake of the incident.

New Delhi (Sputnik) — Four men and a woman have died in a fire that broke out in a bar-restaurant in the Southern Indian city of Bengaluru. The victims were all employees and were sleeping inside when the fire engulfed the bar.

"Preliminary investigations have revealed that the bar had only one entrance. The victims are all employees of the bar. They could not come out as the fire broke out near the entrance at around 2.30 am; they were trapped as there was no fire exit or a second door. While two of the victims died because of the burns they had suffered, three died because of asphyxiation," R Ramalinga Reddy, Karnataka's home minister, said after visiting the site early Monday morning.

The accident comes less than a month after fourteen people were killed in a fire that engulfed a building in Mumbai where a popular pub was located. That incident also allegedly occurred due to a contravention of safety regulations, prompting authorities to initiate a massive clamp down on structures not conforming to fire safety rules.